Home » PC » Escape From Tarkov is a hit, despite the developer repeatedly shooting itself in the foot

Escape From Tarkov is a hit, despite the developer repeatedly shooting itself in the foot

In the final week of 2019, a nearly 3-year-old video game called Escape From Tarkov rocketed to the top of Twitch. It hurtled past names like League of Legends, PlayerUnknown’s Battlegrounds, and even Fortnite to become the most-viewed title on the world’s most popular game streaming platform. So what’s this game all about? Why has it taken so long to catch on? And why has the team of developers behind it, a Russian-based group called Battlestate Games, become so controversial?

Escape From Tarkov (EFT for short) was introduced to the world via Twitch stream in late May 2016. At its core, the game is a hardcore tactical first-person shooter. The developers pride themselves on the game’s ballistics, modeling things like ricochets and bullet penetration. Damage is location-specific, so wounds to the leg will slow you down and getting hit in the arm will impact your aim. Taking rounds in a limb is a best-case scenario, though, because by and large, hits to your head or center mass will prove fatal.

That’s where EFT’s elaborate gear system comes to the fore. Throughout the course of play you’ll come upon all sorts of modern military kit, from load-bearing vests and plate carriers to full-face bulletproof helmets. Choosing what you wear into a session changes your tactics considerably, especially when you’re teamed up with other players. That complexity is mirrored in the game’s weapon customization system, which includes features for swapping out virtually every component on a gun, right down to the trigger action itself.

But EFT goes a step further, adding in elements of survival games like DayZ and massively multiplayer online (MMO) games like World of Warcraft. You need to forage for food and water to stay alive, and everything you do in-game will help to improve your character’s stats. You can even select perks that give you an advantage in the endgame.

… with a long period in beta

EFT is still in beta, even though it’s been playable for several years. That means regular server wipes, with stats and inventories being zeroed out so players have to start from scratch.

But, more problematically, that means the gameplay experience has been a bit uneven. The game is known for its notoriously finicky netcode, which tends to throw a wrench into the high-stakes action by causing players to lag, teleport, vanish, or otherwise misbehave against their will.

Late in 2019 came word of a big update for EFT. Known as the .12 patch, it added a new map, a bunch of quality-of-life features, and a hideout where players can hang out between sessions. Most importantly, it also moved the whole project over to the latest version of the Unity game engine, laying the groundwork for Battlestate Games to begin the arduous process of improving EFT’s network and server-side systems.

To support the release of the .12 patch, the team at Battlestate went on a marketing blitz, the end result of which is the sudden popularity on Twitch that we saw last week.

Part one of that blitz was the continuation of a thrilling live-action miniseries on YouTube called Raid. The first episode was released in March 2019 and has racked up more than 2.3 million views. The most recent episode, released this week, has nearly 500,000 already. Taken together, the three episodes of Raid help to fill in the backstory of this unusual game world, which focuses on a small unit proxy war between Western and Russian private military contractors. Episode 3 in particular even comes close to recreating the game’s original CG trailer from 2015.

Part two of that marketing blitz was a brief partnership with Twitch. Using the platform’s Twitch Drops feature, those who connected their Twitch accounts to their EFT accounts were able to earn in-game items just for watching streamers play the game. That created a kind of gold rush for fans and streamers alike. EFT quickly rose up the Twitch charts, with heavyweights like Dr. DisRespect getting in on the action.

Battlestate itself presumably sold quite a few copies of EFT thanks to all the attention. But it’s hard to tell how successful the program really was at boosting sales. The game is only available for purchase directly from the developer. Since it isn’t sold on Steam or any other digital platforms, the public has virtually zero visibility into how many copies are being sold.

… has brought attention to the developer’s erratic behavior

All of this interest in Escape From Tarkov has brought renewed attention to the erratic behavior of the employees at Battlestate Games. Over the years it’s run the gamut from casual sexism to abuse of U.S. law.

In 2018, Battlestate made headlines for willfully abusing the Digital Millennium Copyright Act in order to punish a YouTuber critical of its game.

“We know what this instrument is designed for,” a representative for Battlestate told Polygon at the time, referring to the DMCA claim system that YouTube offers for copyright holders to pull down content for legal review. “We had to use this tool in order to stop the wave of misinformation. […] We don’t want to scare off anybody, it was applied to only this person and only in this case.”

But after a month of investigation, Polygon discovered that Battlestate had repeatedly used the DMCA system against other YouTubers. Two more content creators came forward to show that dozens of strikes had been filed against them illegally, impacting their income and their livelihoods. Neither Battlestate nor its associated company, AbsoluteSoft, responded to Polygon’s additional requests for comment.

Then, on Dec. 30, just as the Twitch Drops promotion was in full swing, a Battlestate team member pointed a real gun to his head during a livestream on Twitch and pulled the trigger, feigning a suicide attempt. The stunt got the company’s channel banned. Polygon has reached out to Twitch to see when, or even if, it will be reinstated. 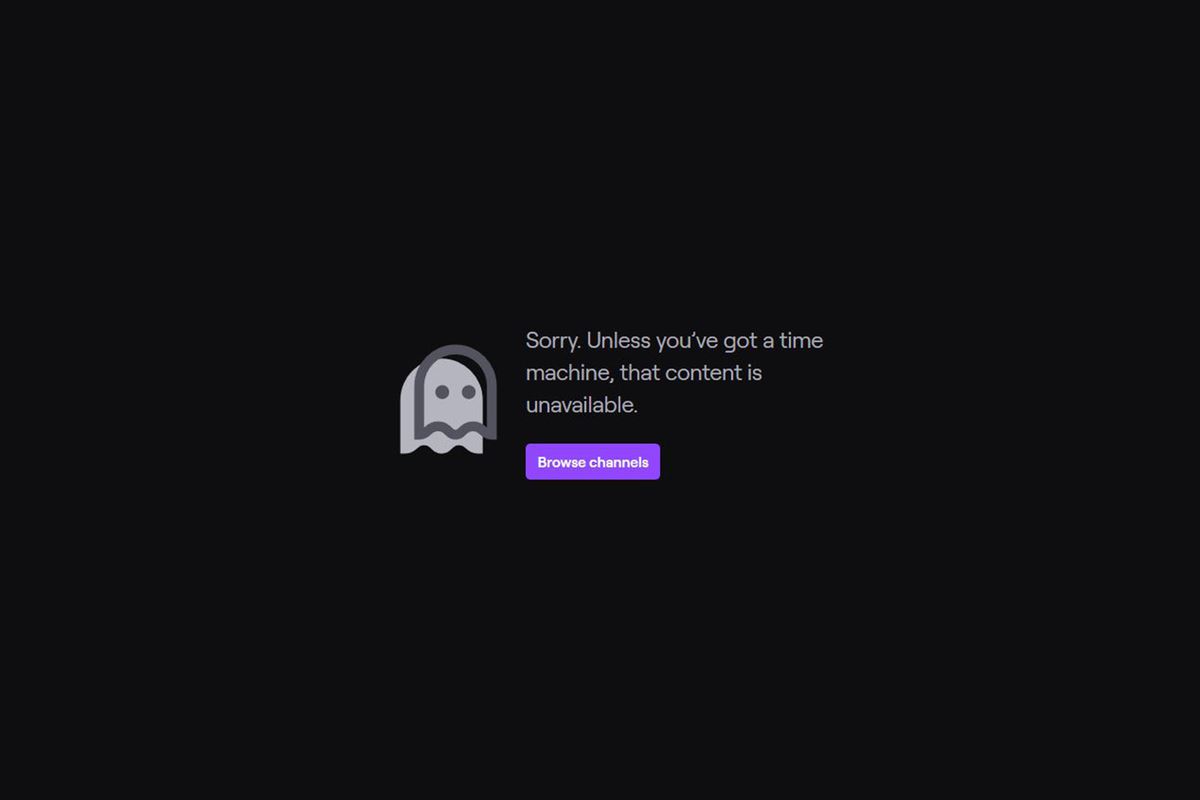 This is all that remains of the Battlestate Games Twitch channel. Previously it had over 700,000 subscribers.
Image: Twitch via Polygon

The most recent incident is actually among the oldest. In 2016, Battlestate’s Pavel Dyatlov was asked by website Wccftech if his company would be adding female avatars to the game. Dyatlov said that “women can’t handle that amount of stress” — referring to warfare — and concluded that “there’s only place for hardened men” in EFT.

After receiving pressure on social media, Battlestate walked back those comments this week. In a series of tweets, a representative said that the studio respects female soldiers and their role in historical and modern conflicts. But, just as it seemed to be opening the door to a more progressive stance, the developer slammed it shut once more. Adding female avatars, Battlestate said, would simply be too much work. The comments bring to mind the controversy surrounding the Assassin’s Creed franchise way back in 2014.

Where does Escape From Tarkov go from here?

Outside of its multiple self-inflicted public relations injuries, the biggest speed bump for EFT is its stately pace of development. Fans have been begging for improved server stability for years, and the amount of attention being given to the game is only adding to their frustration. Wait times to enter the game spiked last week during the Twitch promotion. It’s up to Battlestate to capitalize on this sudden attention, and pour money and time back into the product in order to improve the performance.

Aside from that, only time will tell if the big names in Twitch streaming will stay with the game. But the big marketing push seems to be working in the short term. At the time of publication, Escape From Tarkov sits as the fourth most-watched game on that platform, just behind the personality-driven Just Chatting channel.