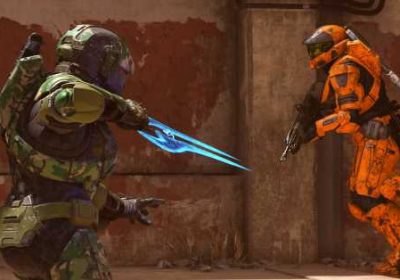 The Academy is a new practice range coming to Halo Infinite, where new and old players alike can run drills and “practice on your own terms,” developer 343 Industries said during its multiplayer reveal stream Monday.

Academy is built into Halo Infinite’s multiplayer experience — “a great place for newer players who are still picking up the controls,” Academy designer Sara Stern said in the video. It’s a place for people to warm-up their skills ahead of matchmaking, with weapon drills, training modes, and a tutorial for players new to Halo.

Designer David Ellis said the Academy is where players can learn the language of Halo — something longtime players have been fluent in for decades. “When they come in there, they don’t feel behind anyone else,” Ellis said. “They can come in on even footing.” 343 Industries showed off brief footage of what the Academy looks like in practice — you can see it embedded in the video above.

There will be multiple options in the Academy, letting players set up the perfect practice environment — which weapons are to be used, the number of AI-controlled bots (both friendly and enemy), and bot difficulty. Stern said that players should have a good training partner regardless of their history with Halo.

Halo Infinite is expected to be released this holiday season, Microsoft said during its E3 2021 showcase on Sunday. The game’s free-to-play multiplayer will launch alongside the single-player campaign. Halo Infinite was originally slated for its release last year alongside the Xbox Series X, but was delayed to 2021 last August.