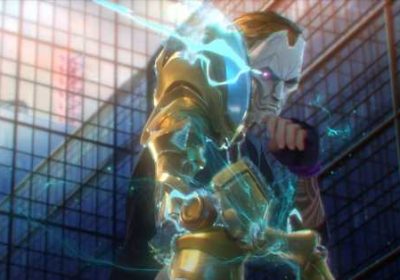 The 2021 League of Legends World Championship is about to begin, but first, Riot is kicking off the event with another new song and animated video featuring many of the world’s best pro players. This time around the track is called “Burn it All Down” by the synth-pop band Pvris, while the video was created by Haoliners Animation.

The new video features several current and former League of Legends stars battling it out and transforming into some of their signature champions. Lee “Faker” Sang-hyeok, one of League’s most famous players and most frequent world champion, returns for this video, which is particularly fitting since he’s back on the Worlds’ stage this year after missing out in 2020. The video also features players like last year’s Worlds’ MVP Kim “Canyon” Geon-bu, and former-world champions Kim “DoinB” Tae-sang, who is one of the top players heading into the tournament this year.

Riot releases a new Worlds theme song every year, generally partnering with new artists each time. In 2014 Imagine Dragons wrote the song Warriors for the event, while Zedd, who worked with Riot on creating weapon skins in Valorant earlier this year, wrote Ignite for Worlds 2016. This is the first time that Riot has worked with Pvris. Meanwhile Chinese animation studio Haoliners Animation had worked with Riot on several projects before partnering for this video.

The 2021 League of Legends World Championship will begin with its preliminary play-in stage on Oct. 5 in Reykjavík, Iceland. The tournament’s Grand Finals will be held on Nov. 6, the same day that Riot will premiere the first episodes of its Netflix animated series Arcane.