PUBG is getting a new, smaller, 64-player map

PlayerUnknown’s Battlegrounds is about to begin its sixth season, and that means there are quite a few changes coming to the game. But the biggest, by far, is the addition of a new map called Karakin.

Karakin is the game’s smallest map so far, which should also make it the most intense. Karakin is playable on the PUBG Test Server right now.

Karakin is an isolated desert island. It’s 2×2, making it half the size of Sanhok, PUBG’s previously smallest map. Thanks to its tiny size, Karakin will only support 64 players, rather than the standard 100, but it shouldn’t feel any less intense. Karakin combines underground passageways, mountains, and the more standard city-based fighting of other PUBG maps, all in the close confines of the small island. 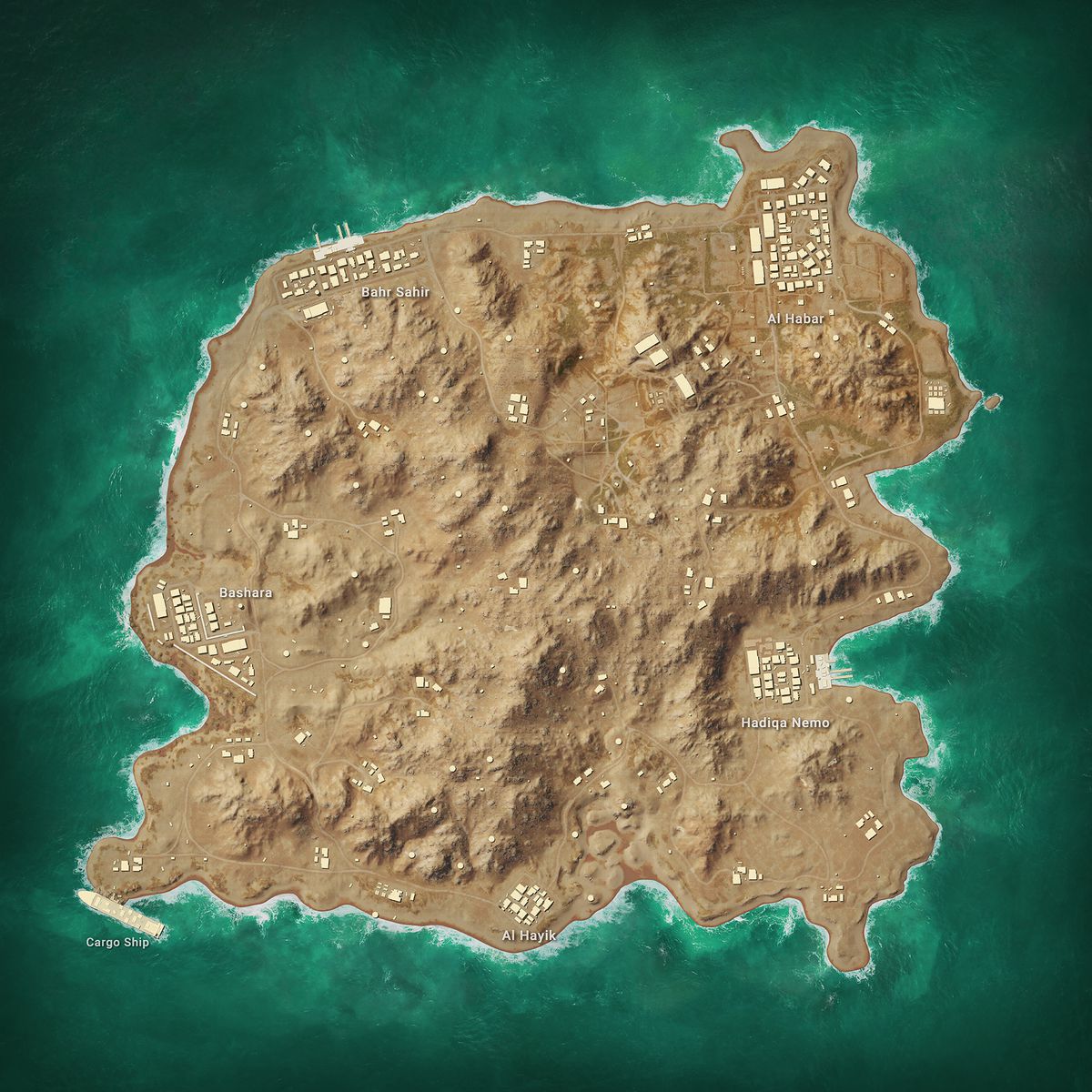 This new map also comes with a new danger: Black Zones. This is a new hazard, similar to the Red Zones of other maps, the Black Zone will periodically target a random section of Karakin and unleash a missile barrage on the area. If buildings are unlucky enough to be caught in the explosions, they may get destroyed, or at least damaged. This means that the later the game goes, the less cover you can count on from buildings in areas that have been bombed. This kind of dynamic map change is entirely new to PUBG and at this point is exclusive to Karakin.

To keep this theme of dynamic destruction going, Karakin will also have breach points, another new feature for PUBG. The map will have new Sticky Bomb throwable weapons, which can be affixed to specific surfaces to blow holes through them. That means things like the back doors of buildings, or even certain rooftops, and caves, can be blown open to give attackers a new way into a previously secure building.

Season 6 will also add a new Survivor Pass to PUBG called Shakedown. The pass includes several new cosmetics, as well as new missions, just like previous passes. There will once again be Community Missions, that are available to all players. Everyone who plays PUBG will contribute XP toward this goal and once it’s reached everyone will get the reward.

While Karakin and the rest of the season 6 changes are only available on the PUBG Test Server right now, they’ll transition to PC live servers on Jan. 22, with consoles to come shortly after.