PlayerUnknown’s Battlegrounds is constantly adding ways for players to make progress outside of the game, and the latest patch is no different. In patch 4.3, PUBG is getting a new progression system called Survival Mastery, as well as a new weapon and a few balance changes.

This patch will also add the DBS shotgun to the game. It’s a double-barrel, pump-action shotgun that players can only get from care packages. The DBS does massive damage in quick burst, which could make it a useful shotgun even later on in matches. Patch 4.3 is also buffing PUBG’s other shotguns, giving most of them a slight range and damage increase.

PUBG patch 4.3 moves to the PUBG Test Server later this week. Once it’s spent some time on the test server, usually about a week or two, the patch will make it to live servers. To see everything that’s coming to the Test Server version of the patch you can see the notes below.

The system operates all the time without being affected by seasons. The Level cap for Survival Mastery is 500

Players can earn XP in the following situations: 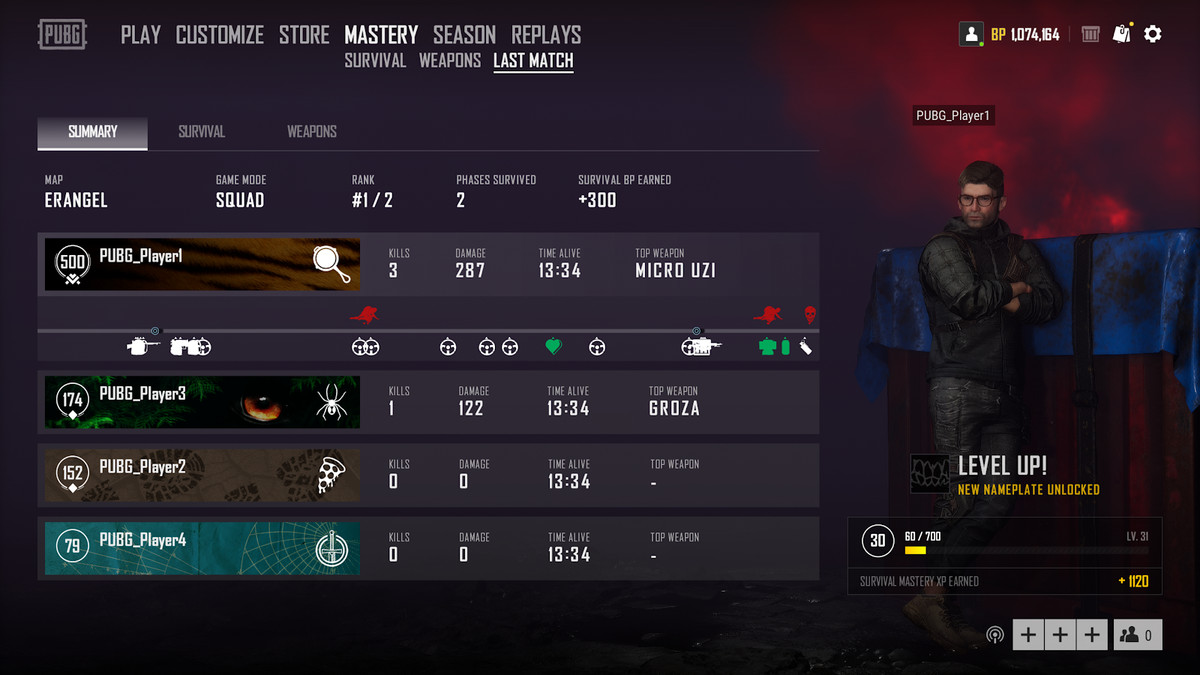 The activities below will be shown in the timeline, along with other XP earning activities:

Thanks to those combined firing mechanics, DBS can produce massive bursts of damage in a short time span

Pump action will no longer temporarily un-ADS the player

Increased number of pellets fired to 9

Decreased damage per pellet from 22 to 20

Previously, you had to come to a complete stop to start healing

Dev Note: As this change increases server load, we will closely monitor any potential negative impact this may have to the player experience. We intend to apply this change to live servers with this update if player feedback is positive and the overall server performance impact is negligible. Any changes to this plan will be communicated through the patch notes. Please try the changes on the test servers for yourself and share your feedback.