In case you missed it, earlier today we got an unexpected look at what’s being called a “Teaser Poster” for Jedi: Fallen Order in an apparent leak on Amazon.

It may just be a teaser poster (you can see the full image on Twitter here), but that doesn’t mean it’s chock full of interesting details that might give us some insight into the story or events of Respawn’s upcoming Star Wars adventure.

The Jedi and Their Droid 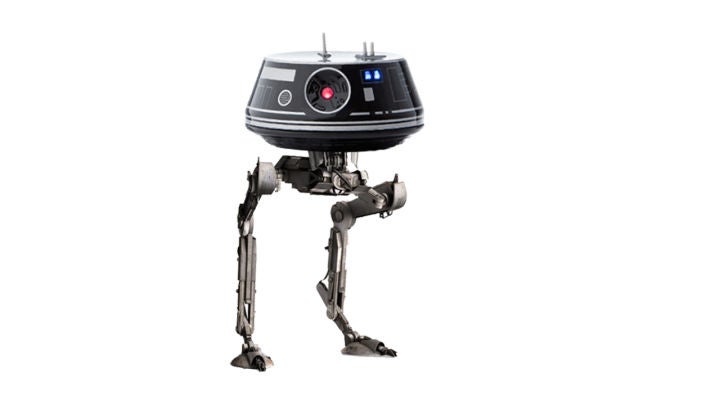 While the humanoid is holding a lightsaber, the more interesting feature of this part of the poster is the symbols that the droid is running (we assume) it’s scanner over: 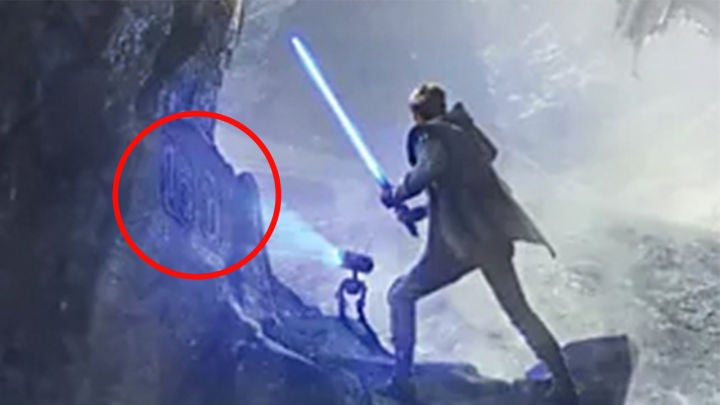 Obviously, we have no idea what these might really mean, and it could even just be a really pixelated door or something (maybe we’ll see a higher-rez version this weekend), but it seems like they’re symbols carved into the mountainside, ones that look a lot like the runes in the “sacred texts” in The Last Jedi. 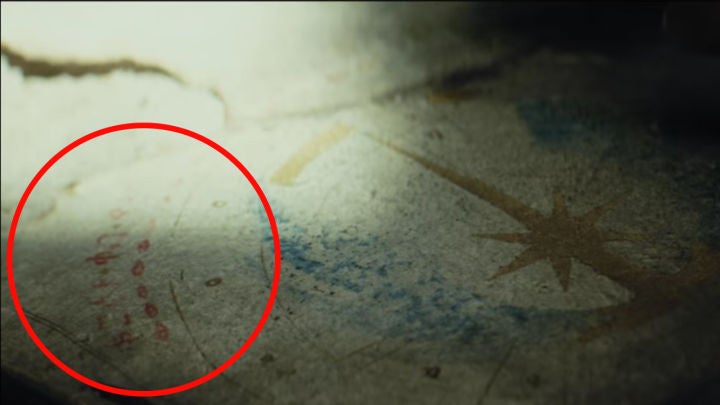 Between what we know of the story already –  that it follows a padawan who managed to survive Order 66 – the imagery in the poster evokes the feeling of searching for … something. What, I’m sure, we’ll find out as we get closer to launch – perhaps a hidden enclave of Jedi, or a temple with important relics – but we know there’ll be plenty of Imperial forces hunting us (or it) as well.

The Empire’s T.I.E. fighters have always reminded me of insect swarms, the way they group together as move through space in formation. Here, they’re more like bats or birds of prey – streaking through the skies as they hunt for our protagonist. 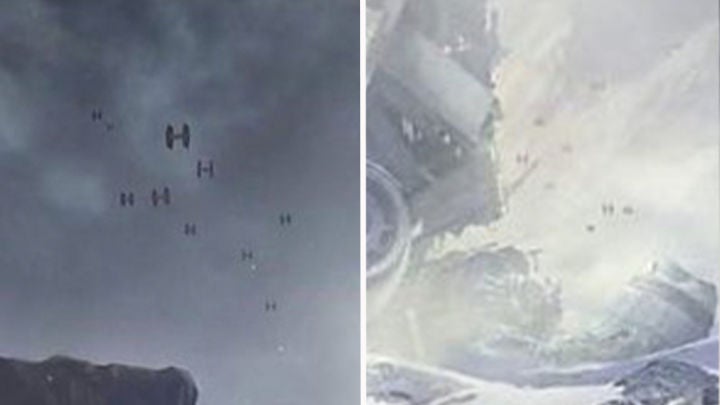 Of course, I could be way off on that assumption –  they might just be flying around, or just there to look cool. But considering the group seems to be swarming around the crashed starship, it seems like a safe bet that they’re scouting for something – or someone.

The second biggest question this poster raises – after “what’s the padawan looking for?” – is, to me, “How did this ship get here in the first place?” 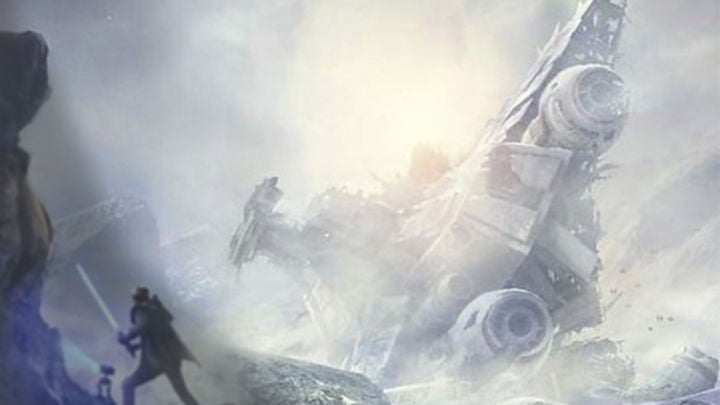 Based on the engines, the ship in question seems to be a version of the Venator-class Star Destroyer (formerly considered a Republic Attack Cruiser until the formation of the Galactic Empire). These are the ships that, in the years between Revenge of the Sith and A New Hope, would be redesigned as the Victory-class Destroyer that we see in the opening of Episode IV. 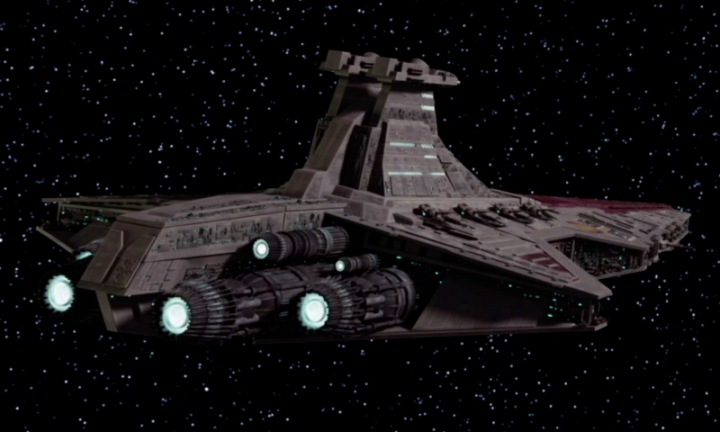 Based on the poster art, it looks like this is a slightly different model – which would make sense since Fallen Order is set in the years between episodes III and IV. However, the single-column command tower on the ship in the poster could simply be a result of damage sustained during the crash event. The ship itself doesn’t appear to be smoking or in any way recently operational, so it seems unlikely that we’re looking at a Force Unleashed-type situation having recently taken place.

The question then becomes, “Where are we?” While we have our own hopes that (among other things) we might see brand-new locations in the SW universe, there have been a number of planets where a crashed Venator-class ship could have ended up after all of the battles that took place during the Clone Wars.

Thankfully, we shouldn’t have to wait too long before we have some more information on Jedi: Fallen Order. Until then, what are your thoughts? Am I way off base with all of this, or do you think I might be on to something?

JR is IGN’s Senior Features Editor, and doesn’t really care if he’s right or wrong – he’s just glad we’re getting a new Star Wars game that’s not Battlefront. You can follow him on Twitter @ USofJR