Hearthstone’s World Championship is coming to a conclusion in Taipei right now (you can watch the stream here), and over the last couple of days I’ve had the chance to catch up with a few of the 16 players that came to compete for a share of the USD $1 million prize pool. For this feature, I asked justsaiyan, Bunnyhoppor, Hunterace and Ike about the latest expansion, Rise of Shadows, as well as whether there are any problematic cards right now that they’d like to see nerfed.

What do you think of Rise of Shadows as a set? 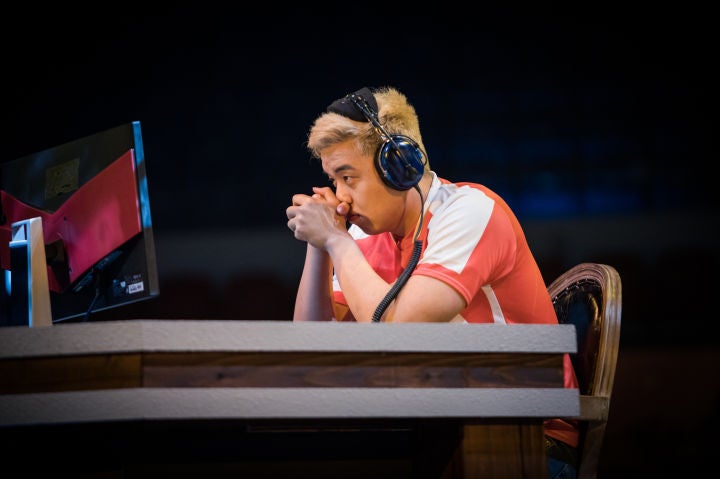 Bunnyhoppor: It’s interesting because Rise of Shadows profited way more from – actually, not by being a set, but by basically rotating two years of cards, because we rotated Even and Odd [decks] at the same time as we rotated Quests and Death Knights and legendary weapons. I mean, that’s insane. We just rotated every deck that was available in the format at the same time. 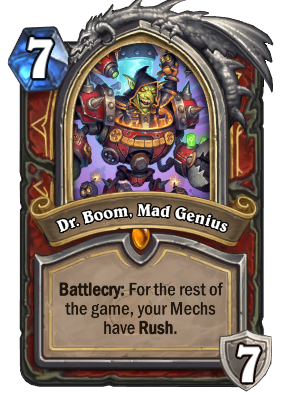 I think the class balance is a little bit off right now. I think Warrior has counter-play. I think there’s a lot of complaining about Dr. Boom [Mad Genius] as the card feels super bad to play against. I think without Dr. Boom, Warrior would be bottom of tier three, maybe tier four. It would just be almost unplayable, which is insane to me. Even though it doesn’t have such great stats, I think the card itself makes it playable… it has such low percentages against a variety of decks that are right now being kept down by Rogue because Rogue just beats everything.

I think Rogue is just too strong overall as a class… You cannot run a single deck on ladder which doesn’t play any sort of weapon destruction. You just can’t. You have to have an answer to Waggle Pick or Raiding Party, that is. Otherwise Prep, Raiding Party is just lethal. We’re going to have to see some rebalancing I think. 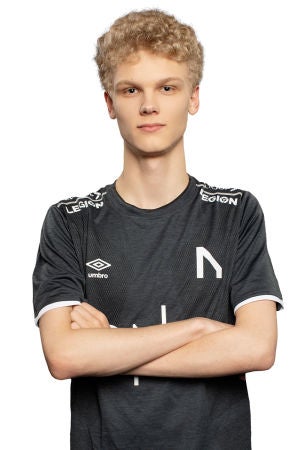 Hunterace: Oh, Rise of Shadows was an expansion that I was particularly excited for, because I felt like a lot of the bad things about the previous sets is that they’ve all kind of been influenced pretty hard by the fact that, not last year, but the year before that, we had a ton of super powerful sets. So, these super powerful sets kind of influence the entire next year because they introduced less powerful cards. So, we were just sitting with the “back in the day” meta for a very, very long time and not only with Rise of Shadows, which I think was a pretty strong set, but we also had the rotation of all the good cards we were playing last year. So, I was very excited about that. The set in general, I feel like, is pretty cool.

Ike: I’ve been having tons of fun. I think Schemes are pretty cool. They’re not fully explored yet. The meta has been progressing slowly because sixteen of the best players in the world haven’t been sharing anything, so we’ve all kinda kept it on lock down and new stuff’s coming up every day… It’s definitely a super cool expansion, there’s a lot of fun cards. Shaman is not the best class, which is kind of disappointing, but it’s playable at least now.

Are there any cards you would like to see nerfed?

justsaiyan: There’s been a lot of talk about Dr. Boom and that potentially being one of the focal points of what’s too strong. I think, from now, Dr. Boom is a big issue, because qualifiers are taking way longer, because everyone is playing Warrior, ladder games get dragged out. I find myself not wanting to play, like if I’m playing Warrior, and I run into another Warrior on ladder, I didn’t really prepare for this, so that’s definitely a big deal. But I think it may be a problem that is a temporary one.

I would say Dr. Boom, post rotation, became one of the strongest cards because the other Death Knights are gone, but it wasn’t really a problem in the past. A lot of things could out grind Dr. Boom. I think with newer expansions coming out, Dr. Boom’s power level relative to that is going to drop a lot as well. So yes, for now, I’d like to see Dr. Boom nerfed, because that would be a nice change, but speaking in the context of the entire year, I don’t think Boom is really a problem at all. It’s kind of hard to say. 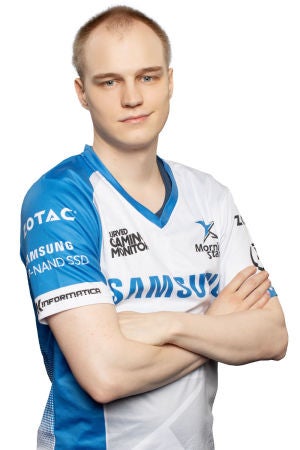 Bunnyhoppor: I would like to see Edwin gone. From the first time I tried to grind up ladder and get to Legend I hated Edwin VanCleef. I started out playing as a free-to-play Handlock player, but every time Edwin [came down] I’m like – it’s not fair. I think the frequency with which it is played and the frequency with which it wins games is too high, that this card should be gone. The high-roll of the card is too large. EVIL Miscreant probably is the best card in the set. It’s really, really good, but I think if we put Edwin into the Hall of Fame and we make Prep two mana instead of three, maybe, I think that could be good. So he couldn’t go Prep, Raiding Party, Edwin, for example. I think Prep has been an offender for a long time in terms of power level. I mean, class cards are supposed to be powerful, but we nerfed Innervate from two to one mana and Prep is still three. That’s the reason why Rogue is so strong, because of the Rogue core Basic cards. Backstab and Prep are just completely insane.

That’s why Rogue, at the beginning of every new rotation when we don’t have enough other filler cards, is just such high power level. That’s some, like, immediate rebalancing. Then, of course, we would have to look at the Magic Carpet. Because I think that’s something that could create issues if you nerf these other two cards. Right now it’s not an issue, but it could become one. We’d have to look at this in testing. And there was one more thing… maybe we need to do something about Dr. Boom. I’m not sure.

“If we put Edwin into the Hall of Fame and we make Prep two mana instead of three, maybe, I think that could be good.” – Bunnyhoppor.

It might be that if you nerf Rogue, all the classes like Paladin and Hunter get a lot of upwind and these actually can kind of consistently start beating Warrior. I mean, it’s still going to feel awful to play against somebody who has Dr. Boom because every single minion that they play is now a removal card. I’m not sure it needs rebalancing at that point but it might be healthy for player sentiment. I’m not sure though.

…I’m just hoping to have something [change] before Grandmasters because I think as it stands right now we’d have like, 12 Rogues and, like, four Warriors the first week and that’s just – people don’t really want to watch that.

Hunterace: I feel like the biggest problem card in Rise of Shadows is probably EVIL Miscreant. I think that card is very unbalanced on three mana, especially with the current Rogue pool being very strong. Rogue has always been one of the Classic sets that is the strongest, and EVIL Miscreant was built more upon that strategy. I feel like that card should probably be four mana or something; that would be better for the game.

“I feel like the biggest problem card in Rise of Shadows is probably EVIL Miscreant. I think that card is very unbalanced on three mana…” – Hunterace.

Besides that, I don’t really think that any of the Rise of Shadows cards are a big problem. I feel like it’s maybe more the extra Hero cards from last year that are still in the game. They’re very strong compared to everything else.

I do think, though, that there are some cards that could potentially be a problem but are not currently in the meta. But there hasn’t been a deck discovered for them yet… [In] the last set we had a lot of OTK decks and combo decks. We still have potential for those decks now. Like the new [Chef] Nomi card, where you just power cycle the deck with Auctioneer… I also think that Mana Cyclone, the two mana Mage card, is incredibly strong, and I feel like when the meta gets more refined and maybe a nerf hits, I feel like that card has a ton of potential to dominate the meta with a correct build, but it’s pretty hard to figure out because it’ll be a totally new thing. Creating totally new decks is pretty difficult. 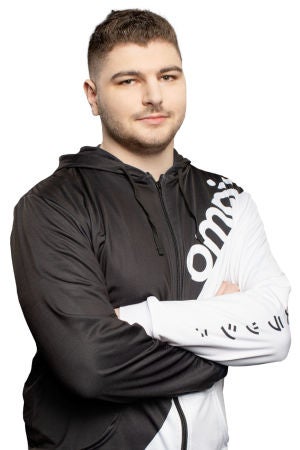 Ike: I feel like the game is in decent space. A lot of people don’t like Archivist [Elysiana] but it’s still super skill intensive, picking cards, playing your match-up right to know when to draw or not to draw. The only downside of it is how long it takes but I mean that’s not an issue for me. I don’t mind long games, I don’t mind watching long games so I think it’s fine, and Dr.Boom is whatever. It’s powerful, there is always going to be a power class that has better cards than another one. It’s just how sets work. So, Warrior is not oppressive.

I think EVIL Miscreant probably is the card that I would have at the top of my list. Six stats for three mana and upside is a little much but the Rogue is still inconsistent at points, having combos and drawbacks. I’m pretty happy with the meta cause the other one was pretty stale, but this one seems to be fun and evolving.

Cam Shea is Editor in Chief for IGN’s Australian content team. Check out his interview with the head of Hearthstone esports. He’s on Twitter.