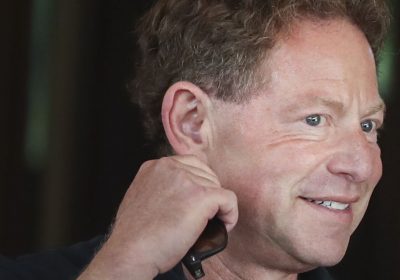 Kotick, whose ouster has been demanded from employee groups to investor representatives, has led Activision since 1991. One week ago, the Journal published a report depicting Kotick as aware of multiple allegations of sexual harassment — including an alleged rape — that he either did not mention to his board or otherwise minimized their severity. Activision and its board have challenged that story as “a misleading view of Activision Blizzard and our CEO.”

The Journal’s latest story says Kotick had a meeting on Friday with Blizzard Entertainment executives that “stopped short of saying he would step down.” But if the sexual misconduct, discrimination, and toxic workplace problems battering the company over the past six months couldn’t be fixed “with speed,” he left the possibility open.

The Journal said it had spoken to persons familiar with his comments at the meeting.

California’s Department of Fair Employment and Housing sued Activision at the end of July, alleging a pattern of workplace discrimination and harassment against women, particularly within Blizzard Entertainment, which joined Activision in 2008. That news led to an employee walkout and the departure of Blizzard president J. Allen Brack.

Activision then settled, at a cost of $18 million, a suit brought by the U.S. Equal Employment Opportunity Commission, on grounds similar to the California DFEH claim. A shareholder lawsuit filed in August also alleges that the company’s negligent leadership harmed its share price. The U.S. Securities and Exchange Commission is also investigating the company’s handling of discrimination, harassment, and sexual misconduct allegations.

Since then, more than 1,000 Activision Blizzard employees have signed a petition calling for Kotick to resign. On Wednesday, a shareholder group requested the resignation of Kotick and two other Activision Blizzard board members, Brian Kelly and Robert Morgado, by Dec. 31.

The Wall Street Journal also reported that, following a week in which several analysts downgraded the company’s stock, Truist Securities on Friday also called for a change in CEO. That comes along with the top executives for PlayStation and Xbox criticizing Activision in a note to their own employees, with Xbox boss Phil Spencer saying he was “evaluating all aspects of our relationship with Activision Blizzard.”