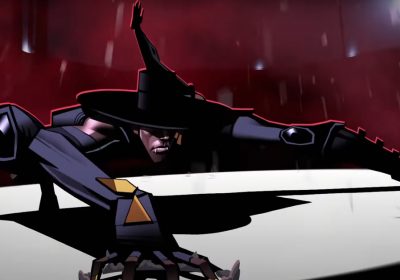 Apex Legends has a new season on the way, and that means a new Legend, too. The latest of Apex’s always-excellent Stories from the Outlands cinematics tells the tale of Seer, a child with cursed, glowing eyes, and the next Legend to join the Apex Games.

According to the trailer, Seer’s eyes are more than just a piercing blue: They’re also so special they can reduce kings to beggars and oceans to deserts, whatever that means in the context of a battle royale game. While it’s not totally clear what his abilities will be just yet, his description in the season preview on the Apex Legends website may offer some clues:

With microdrones and an artist’s eye, Seer spots opportunities that other Legends might miss, and seizes them in the most beautiful way he can.

Whatever his powers are it seems that he’ll feature plenty of style and maybe even have a few unique, hat-themed skins — which is exciting, because Apex currently has a distinct lack of good hats.

Another change coming to Apex Legends in the new season, which is called Emergence, is the new Rampage light machine gun and the arrival of Ranked mode for Arenas. This season will also include some major changes to the World’s Edge map, but we’ll have to wait until EA Play Live on July 22 to find out exactly what those changes will be, as well as what else Emergence will have in store.