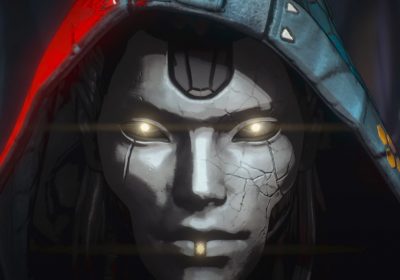 Ash is finally joining the Apex Games. The Titanfall 2 character is the next Legend Respawn Entertainment is adding to Apex Legends.

Ash is a Simulacrum Pilot, or a robot with a human’s mind. In this case that human is Dr. Ashleigh Reid, the former partner and apprentice of Horizon — who she reunites with in Apex’s new “Stories from the Outlands” video. After Ashleigh betrayed Horizon and was eventually left for dead, she was turned into the Simulacrum Ash, who plays a key role as an antagonist in Titanfall 2. After her role in Titanfall, Ash made her way to Apex Legends and has been in charge of the Arena mode, but it’s finally time for her to join the action as a playable Legend.

One thing we don’t know yet is what exactly Ash’s kit will do. While she was a gifted Pilot in Titanfall 2, the Apex Legends version of the character will have both the Simulacrum’s memories and those of Dr. Reid, so it’s possible she could mix together her doctoral smarts and combat abilities when she finally hits the arena.

Ash’s addition to Apex will be part of the game’s latest seasonal update: Escape. The new update will be released on Nov. 2 and will include map updates and a few additional surprises that Respawn hasn’t announced yet.