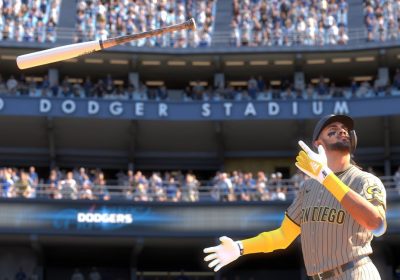 MLB The Show 21, which made an historic cross-platform debut on Xbox One and Xbox Series X this year, was the top-selling game in the United States in April, according to NPD.

NPD’s April ranking, mentioned on Thursday morning by analyst Mat Piscatella, is based on in-store physical sales and sales of full digital titles on the three console makers’ storefronts, plus Steam. In MLB The Show 21’s case, though, it does not include whatever the title sold on the Microsoft Store. NPD doesn’t say why, but it may be related to the decision to launch the game in the Xbox Game Pass library.

Even then, MLB The Show 21’s performance was still enough to outpace Call of Duty: Black Ops: Cold War, whose franchise is frequently the month’s top seller even half a year after launch. Baseball also overcame New Pokémon Snap, the next-best selling new title for April.

To give a little context of why this is so meaningful, the last time there was a multiplatform, MLB-licensed simulation style video game, 2K Sports’ MLB 2K series never came close to No. 1 for sales in its launch month, and had difficulty even cracking the top 10. Furthermore, back when Xbox’s Major Nelson would keep a monthly track of the 360’s top 20 games by number of players, MLB 2K could never be found on the list, where its colleagues in FIFA, the NBA, and the NFL were routinely top 10, even in their sports’ off-seasons.

The MLB 2K series was burdened with a terrible reputation after Take-Two’s leadership shut down Kush Games in 2008 and sent MLB 2K9 to Visual Concepts to develop in nine months; the rush job left many baseball fans playing a litany of performance errors and gameplay glitches.

2K Sports held a quasi-exclusive license from MLB from 2005 to 2013, making it the lead developer for the sport on consoles — but a first-party exception to the contract allowed SIE San Diego Studio to continue with what became The Show, developing it as a PlayStation exclusive.

2K Sports and Take-Two Interactive walked away from the license after publishing MLB 2K13 for PlayStation 3, Windows PC, and Xbox 360. The Xbox platform went without a sim-quality MLB game for the entirety of the Xbox One’s lifespan. An unusual agreement, brokered by the league at the end of 2019, allowed for the development of Sony’s MLB The Show series for Xbox this year, with other platforms assumed to follow.

NPD’s figures are for copies of the game; MLB The Show 21 has an open-ended microtransaction revenue stream through its Diamond Dynasty mode, an Ultimate Team, card-collection style game introduced a decade ago. At its Investor Relations Day held just Thursday, Sony told shareholders that MLB The Show 21 had the “Highest paying user spend of any sports title in the US PS Store,” measured since that game’s April 20 launch.

While that’s a short span, for a newly launched game, it still means MLB The Show 21’s revenue on PlayStation outpaced that seen by giants like NBA 2K21’s MyTeam or FIFA 21’s Ultimate Team. Those games launched last fall, but their real-world counterparts are still in-season.