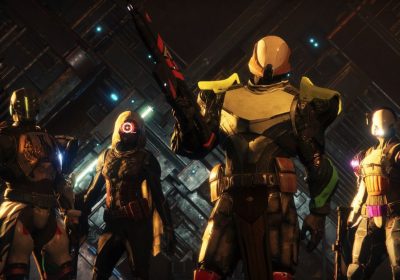 Bungie gave Destiny 2 players a big update on the developer’s plans throughout the rest of 2021, as well as a peek into 2022. There are big campaigns and additions coming, but one of the biggest announcements is the addition of cross-play between Windows PC and console players.

Crossplay is coming to the masses in Season 15. We’ll be doing some internal rollouts and alpha tests in Season 14 to prepare for a widespread launch this fall. With Crossplay, you’ll be able to play with all your friends no matter what platform you call home. And don’t worry, we won’t be matching console and PC players together in the Crucible unless PC players specifically invite their console friends to play with them in the PC Crucible pools.

Previously, PC players were locked to only playing with PC players, and console players were in the same boat. In PvP games and first-person shooters, keyboard and mouse controls are considered to be a little more exact, which is an advantage in PvP modes like the Crucible. Luckily, the raids and cooperative parts of the game don’t have the same restrictions.

This update should provide the best of both worlds. If console players want to go into the Crucible against PC players, they’re able to do so by playing with PC friends. Otherwise, everyone will be able to play together, which should make Destiny 2 a much easier social experience to share.

Cross-play is planned for the fall of 2021, but Bungie will be testing the feature throughout Season 14 with internal testing and alpha tests. More details will be coming on these tests in the future, but for now, it’s promising to know that Destiny 2 players will eventually join together for a good old fashioned raid.