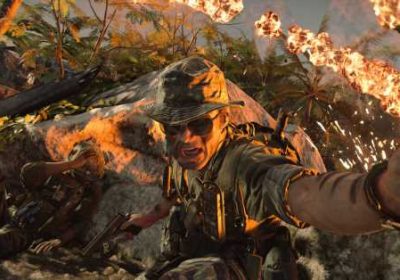 On Wednesday night, last year’s Call of Duty: Black Ops Cold War saw its season 2 update. This update is 10.5-26.5 GB of data depending on the platform. This is notable, as it officially pushed the file size for Modern Warfare, Warzone, and Black Ops Cold War to a new milestone: all three games can no longer fit on a single 500 GB PlayStation 4 hard drive.

The Call of Duty file size problem isn’t exactly new, but this takes the issue to a new level. And while you may ask yourself “why would someone want three different Call of Duty games on their console at once,” consider how many modes each game offers. The multiplayer ecosystem between both games is separate, Black Ops Cold War includes a Zombies mode and a campaign, and Warzone is its own mode entirely. Hardcore Call of Duty fans who’ve already dedicated their entire internal storage to the past two games in the series won’t even be able to do that anymore.

Thankfully, there are some solves for this issue, although none that allow players to hold onto all the data at once. Players can navigate the menus of each game and delete unwanted content, such as Zombies or the campaign. This should free up some space, but doesn’t help the player who’s still working through the campaign in their off time between Zombies, multiplayer, and Warzone sessions with their pals. However, unless that player is actively jumping between Black Ops Cold War and Modern Warfare multiplayer, one of them should be completely safe to delete — especially considering Modern Warfare is nearly two years old.

It’s unclear if Activision, Infinity Ward, Raven, and Treyarch will ever find a better solution to the storage wars. But at this rate, the constant growth of Call of Duty seems untenable, especially for players on older consoles with smaller drives.