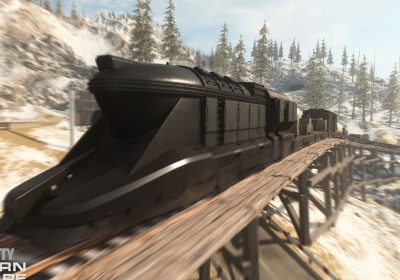 A “large banwave” on Sunday in Call of Duty: Warzone makes 475,000 accounts permanently banned since the mode launched a little more than one year ago, developers said on Monday.

The weekend bans were the game’s “seventh high-volume set of bans” since February alone, Infinity Ward wrote, and there’s plenty more where that came from. “Increased frequency of high-volume banwaves in addition to our daily banning of repeat offending accounts” is on moderators’ list of increased efforts, published in a note to players.

“We recently banned 45,000 fraudulent, black market accounts used by repeat offenders,” the post said. “Removing cheaters and taking away their ability to move to alternate accounts is a key focus for the security teams.”

Not that this means all is now rosy and well in Warzone. Cheating in Call of Duty’s free-to-play battle royale has drawn widespread complaints from some of Warzone’s most loyal players, particularly streamers and YouTubers who’ve recently said they’re giving up on the game. Many more have turned to disabling cross-platform matchmaking, keeping the more problematic PC population out of their playlists despite repeated and annoying reminders from the client asking to turn it back on.

Call of Duty: Warzone launched on March 10, 2020 and amassed more than 50 million players in a little more than its first month. Cheaters, botters, and other malefactors swiftly followed in large numbers. More than 70,000 account bans were issued in the game’s first 30 days.

As the year wore on, Infinity Ward tried things like putting suspected cheaters in their own matchmaking lobbies, or sending legal threats to cheat-makers, getting them to take down their wares and apologize to everyone.

Infinity Ward isn’t describing all of its approaches — why give cheaters any insight into how not to get caught? But the studio does drop menacing hints now and then.

Repeat offenders seem to be the focus at the moment, with Infinity Ward concentrating its efforts on making it harder for them either to create new accounts to carry out their evildoing or, failing that, at least making it painful or time-consuming to do so.

“Again, there is no place for cheating,” the developers wrote. “Delivering a fair and fun experience for all players is our top priority.”