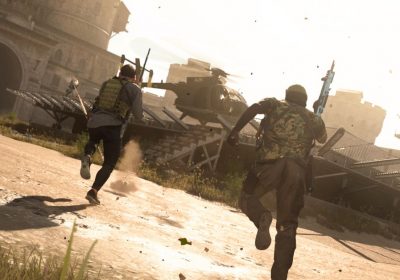 Zombies have been slowly infiltrating Verdansk ever since the Vodianoy cargo ship washed ashore near the beginning of season 2, but now they’re starting to spread. In Call of Duty: Warzone’s latest patch, zombies have moved from the shipwreck all the way up to the Prison on the southeast part of the map.

Just like the infection outbreak at the ship, players can visit the Prison to trigger a zombie-killing event that grants access to extra loot. If a player activates the zombie terminal inside the Prison, they’ll have to kill 40 zombies in a short period of time, while contending with other players too. Once all the zombies are dead, a keycard will drop that will let players access a special loot chest that gives better weapons and a Legendary gas mask.

While it’s clear that the zombie infestation on Verdansk is spreading, it’s not clear yet how far into the map they’ll make it. For now, the zombies have only managed to cover a little bit of ground, but it’s possible that developer Raven Software could let the infection spread faster and faster as this Warzone season continues. On Raven’s official blog post about the event, there’s a small counter that says 5%, though it’s not clear what exactly that’s counting up towards.

Whatever it’s leading to, Warzone’s zombies event is likely to continue at least through the end of the season, which should be sometime around April or May.