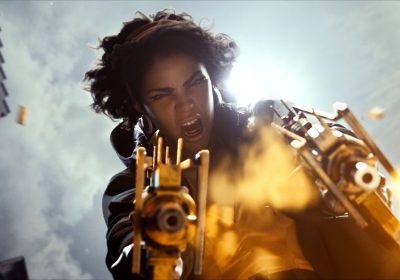 Arkane Lyon’s Deathloop has been delayed until Sept. 14, the studio announced Thursday. The game was originally slated for release on May 21, following its first delay.

Deathloop game director Dinga Bakaba and art director Sebastien Mitton spoke to fans in a video published on Twitter. “We’ve made the decision to delay the launch of Deathloop to September 14, 2021,” Arkane Lyon said in a written statement posted on Twitter. “We’re committed to quality and preserving our team’s ambitions for Deathloop while ensuring the health and safety of everyone at Arkane. We’ll be using this extra time to accomplish our goal: create a fun, stylish, and mind-bending player experience.”

Deathloop originally debuted during publisher Bethesda Softworks’ E3 presentation in 2019, and at the time, it was scheduled for release in 2020. In August, Arkane announced that it had pushed back Deathloop to 2021, citing pandemic-related challenges — like working from home — as the reason for the delay. The May 21 release date was announced in November before being pushed back today.

Arkane is far from the only studio experiencing delays related to the COVID-19 pandemic. Plenty of studios have delayed their games, too: The Lord of the Rings: Gollum and Hogwarts Legacy were pushed to 2022. Amazon MMO New World was delayed again, this time until Aug. 31. And Gran Turismo 7 was delayed until 2022, among others. More delays are expected for games intended to be released in 2021; A 2020 survey polled 2,500 developers about working from home, and a third of them said they’d seen delays because of the pandemic.

When it’s released on Sept. 14, Deathloop will be a timed console exclusive on PlayStation 5, despite Microsoft’s recent acquisition of Bethesda. The game will also be released simultaneously on Windows PC.