Home » PS4 » Destiny 2 takes a page from Fortnite, and changes are coming to the Tower

Destiny 2 takes a page from Fortnite, and changes are coming to the Tower

With Destiny’s weekly Tuesday reset on Oct. 8 — the first since Destiny 2: Shadowkeep’s launch — a new space started opening up in The Tower.

The walkway doesn’t lead anywhere yet, and players are only now starting to speculate what it could eventually build into. For the past week, Ikora’s been talking about the Undying Mind — an old Vex boss from the original Destiny. Based on her dialogue, it seems she’s building a portal to the Undying Mind in the Tower itself. 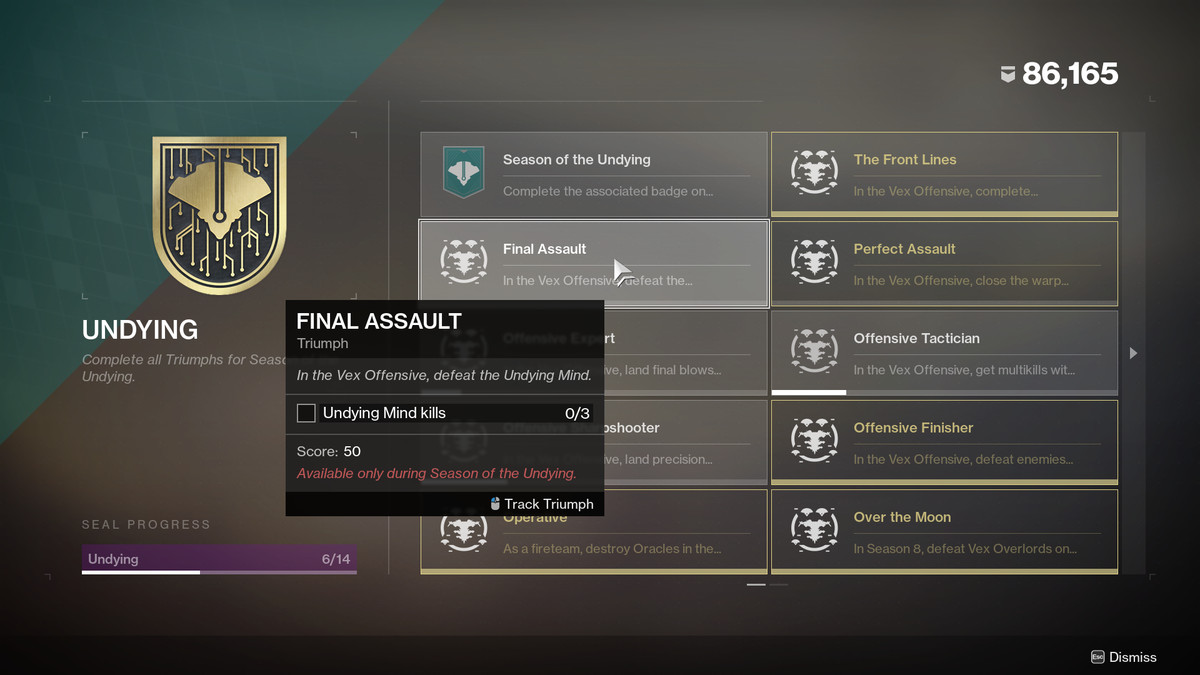 By looking at the Triumph page for Season of the Undying, it’s clear that players will eventually have the opportunity to kill the Undying Mind again. With the Vex Offensive: Final Assault already on the game’s calendar, previewing an image of the Undying Mind, it seems likely that Ikora will finish her big project the week of Nov. 19.

Until then, it seems that Guardians can check back in with the project week by week, building Guardian hype until the Season of the Undying is almost at its end.