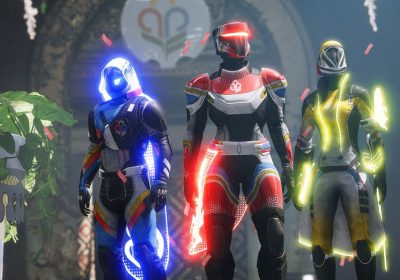 Destiny 2’s 2021 Guardian Games have come to a close again, and this time around the Hunters have come out victorious Bungie announced on Friday. To celebrate their glorious victory, Hunters will now have a golden statue that stands next to Commander Zavala.

Guardian Games is a Destiny 2 event where each of the game’s three classes compete against one another to see which one can earn the most accolades in a set amount of time. Hunters, Titans, and Warlocks competed with each other from April 20 to May 10 to earn commendations, called medals, through in-game activities like Strikes, Gambit, and the Crucible.

The class with the most medals at the end of the day wins the day. Whichever class wins the most days, wins the entire event. And this year that honor went to the Hunters, three full days before the competitions technical end.

Hunters make up the largest class population in Destiny 2, which makes this win unsurprising, but the 2021 competition was still hard-fought. While Hunters had a fairly secure lead for most of the event, Warlocks kept things close. However, on the Friday Hunters won enough total days to put them over the top in the overall event. Unfortunately, Titans were eliminated days ago.

Despite Hunters’ fairly dominant win, Bungie did add a few things this time around to help keep things a little closer—including a bonus for any team that ended a day at the bottom of the event leaderboards. The bonus seemed to help keep the competition interesting.

Players should still be able to collect some of the various Guardian Games 2021 rewards until the event’s closing ceremony which should be on May 10, the day before Destiny 2’s new Season of the Splicer content is released.