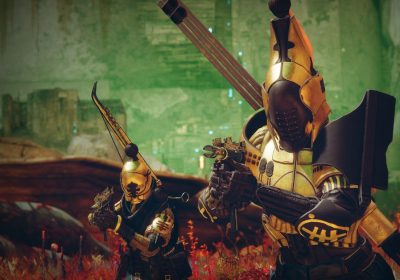 After disabling Destiny 2’s Trials of Osiris mode last weekend due to an exploit, Bungie announced Thursday in its weekly blog post that it is keeping the mode offline indefinitely as it continues to investigate the issue.

Last week, a win-trading method that’s been around for some time exploded, and Trials players around the world started win-trading their way to Flawless. Here’s how it works: Players equip certain emblems to show that they’re game to trade wins with the other team; the two Fireteam leaders roll virtual dice over chat; and the winning team rejoins the match on the characters they want to win with, while the losing team backs out of the match. Do that enough times, and the Guardians that only pop in when their Fireteam leader wins the roll get a free trip to the Lighthouse.

It’s an extremely complex and convoluted system; you can watch Destiny PvP YouTuber Aztecross explain the glitch in greater detail in the video above. It’s currently unclear how long it will take for Bungie to fix this issue. But as Aztecross points out, disabling the game mode to keep the integrity of Trials intact after a full year of rampant cheating feels a little silly at this point.

In other news, Bungie encouraged players to try the 12-player raid glitch that’s currently in Destiny 2, saying that the studio isn’t rushing to fix it. Bungie did note that because the activities in question aren’t meant for 12 players, things may get a bit weird. The studio said it will fix the bug before the return of Grandmaster Nightfalls on March 16, presumably to maintain the integrity of the rewards that come from them, like the Conqueror title.

Bungie also announced some community voting, where players can choose between a new dinosaur-themed armor set or a movie monster-themed one.

Later this year, during Destiny 2’s Halloween stand-in, Festival of the Lost, Bungie will sell a new armor set for Silver (real-money currency) or Bright Dust (in-game currency used to purchase cosmetic items). The Silver-or-Bright-Dust armor sets are pretty common for holiday events in Destiny, but this year, players get to vote on what they want.

Once again, we’ve got Hunter, Warlock, and Titan from left to right.
Image: Bungie

The second set features some dinosaur looks for Guardians. There’s the Hunter in their raptor armor, the Warlock in their Triceratops armor, and the Titan in their T. rex armor. Based on the initial internet reaction, it seems the dino set will win this vote in a landslide.

Fans who want to cast their vote — to either help the dino set secure victory or restore balance by voting for the movie monster set — can fill out Bungie’s survey. These armor sets will likely appear in-game between September and November this year.