Home » PS4 » Diablo Immortal Is Out A Day Early On Mobile

Diablo Immortal Is Out A Day Early On Mobile 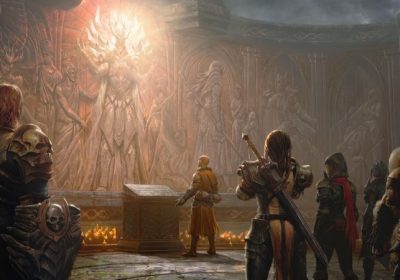 Diablo Immortal is finally out on mobile devices, a full day earlier than expected for some regions.

The entire Diablo Immortal launch, which will see the game hit iOS and Android devices everywhere and PC, is still slated for tomorrow, June 2, at 10 a.m. PT/1 p.m. ET. If you plan on playing the first-ever, built-from-the-ground-up-for-mobile Diablo game on a phone, then head to your app store to see if it’s available.

While waiting for it to download, check out our latest gameplay from it below:

“As we prepare to launch Diablo Immortal on June 2 at 10 a.m. PDT for iOS, Android, and PC in Open Beta, some players will see Immortal propagate on the Apple App Store and Google Play beginning the morning of June 1 PDT,” a blog post reads. “This is in part due to the nature of how mobile games rollout to ensure a smooth full launch for the mobile version of Immortal. To confirm when Immortal will be fully launched for your region on all platforms, please reference the below time map.”

The blog post mentions that the game won’t launch in some Asia Pacific regions, including Hong Kong, Indonesia, Macao, Malaysia, The Philippines, Singapore, Taiwan, and Thailand, until June 22. It will launch that same day in Vietnam but only on PC in Open Beta. According to Blizzard, these regions will receive dedicated game servers to bring players better connectivity and ping.

For more information about this rollout, including a look at Blizzard’s current roadmap for Diablo Immortal, head to this “Roadmap To Hell.” After that, read Game Informer’s review in progress of Diablo Immortal, and then check out this Diablo Immortal segment of New Gameplay Today to look at how it runs on both mobile devices and PC.

Are you excited to jump into Diablo Immortal? Let us know in the comments below!