Home » PS4 » Dragon Ball Z: Kakarot is named after Goku, but where the hell is he?

Dragon Ball Z: Kakarot is a decent game with some great Dragon Ball Z content. It lets me fly around as Goku and friends, weaving in and out of the clouds, fighting giant dinosaurs and powerful bad guys.

But while the game bears the name Kakarot (Goku’s Saiyan name), I barely spend any time playing as Goku himself. The show knows what to do in his absence, but the game struggles to find the same tension in its version of events.

Goku is out of office until the real fighting begins

In Dragon Ball Z: Kakarot, I spend most of my time playing as Gohan, Piccolo, Trunks, and Vegeta. I wander the world as these other heroes, taking on bad guys, while Goku is, at different times:

Goku has always been an absent hero, but he’s still the leading man in the show — and I get to watch him get stronger every episode: training at 100 times Earth’s gravity on his way to Namek, or chasing Bubbles the monkey on King Kai’s planet.

It may have been series creator Akira Toriyama’s original vision to put Goku’s son Gohan in the leading role of Dragon Ball Z, but it’s not the way the show played out. Playing as Gohan, Piccolo, or Vegeta ultimately makes me feel like the opening act before the headliner, the small plate before the main course. Most of my fights as these heroes feature me tiring out an insurmountable bad guy or killing off their goons; knowing Goku will eventually join the battle 10 times stronger than when I last controlled him, and he will lead us to victory.

The constant wait for Goku is a faithful recreation of the anime. It works in the show, because we always have a good sense of where Goku is and what he’s doing. But the wait for our hero suffers in an interactive medium like this. I know Goku is the main character — his name is on the box! — so what am I doing wasting this time in someone else’s shoes for so much of the experience?

Where in the world is Goku? 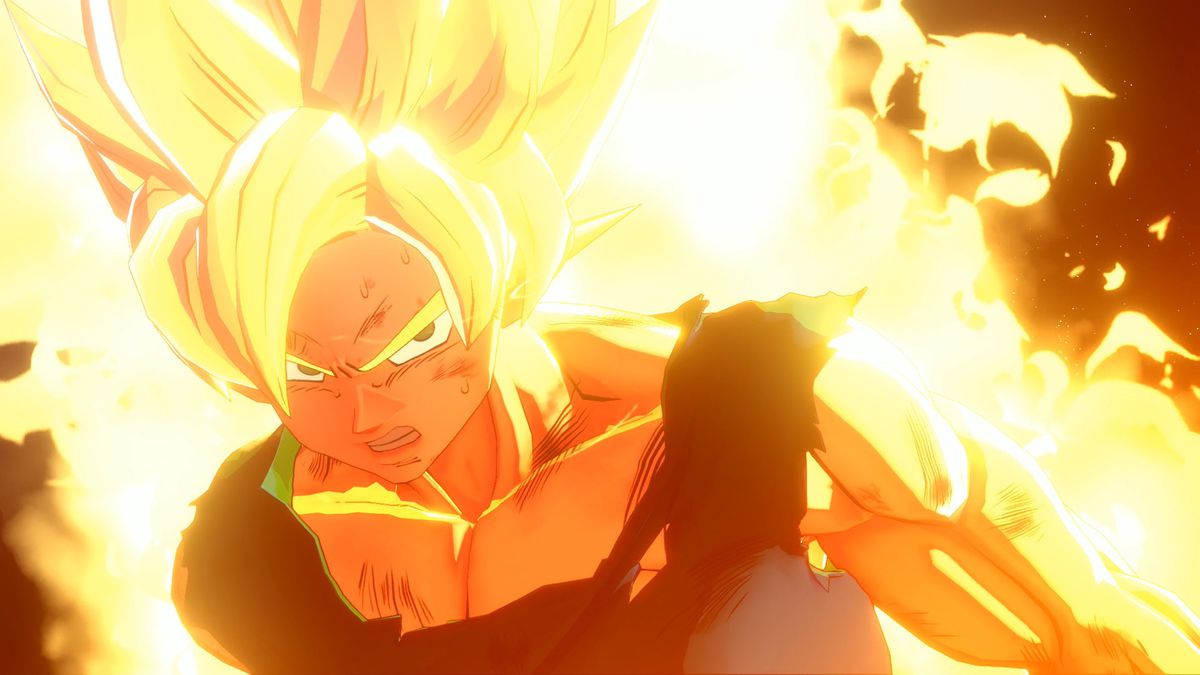 Every mission as Gohan is just waiting for Goku to show up like this
Image: CyberConnect2/Bandai Namco Entertainment

In Dragon Ball Z: Kakarot, I regularly go five or more hours without even seeing the titular character outside of cutscenes.

What’s specifically frustrating about the long swaths of no Goku is that he is never this absent in the show. While his friends wait for him to return to life in the Saiyan saga, Goku is training on King Kai’s world, and running down the giant Snake Way. While Goku’s trying to reach planet Namek in his spaceship, he’s training to fight Frieza. We don’t get to play any of these moments in Kakarot, and it makes Goku’s in-game absence that much more obvious. We don’t look in to see what he’s doing while he’s away, the Narrator just tells us he’s training. And that absence is distracting.

By the time I get my hands on Goku again, it’s hard to understand how he’s become so powerful since the last time I played him. The show spends a season revealing the big enemy’s immense power as we watch Goku inch toward matching it in his training. The back and forth creates rhythm, and tension, as we wonder whether Goku will be strong enough for this battle, if his training will be complete in time. Of course he is, and it will be. But knowing the good guy is going to win doesn’t mean the stress of the situation isn’t effective for the viewer.

But the game skips over that work, with only a brief mention of Goku’s training between missions. It takes one of the more powerful moments from the show — watching Goku’s hard work pay off — and turns him into a simple Deus Ex Machina, a hero from out of thin air, here to save the day when salvation seems impossible. Without playing that training, without making the work he has to put in for his power and abilities more visible, Goku seems more like a plot device than a character.

Kakarot tries to tell a story exactly as the anime told it, while using the structure of an open-world role-playing game. And while there are a lot of things to like about the game’s almost religious attachment to the anime, the constant flip-flopping between heroes takes the focus off of Goku, and puts it squarely onto the ensemble’s constant waiting game, which is usually the worst aspect of Dragon Ball Z’s plots.

There’s a way to remove the character from most of the main storylines while keeping some form of tension and suspense — the show pulls it off — but the game misses the mark.