Between Dragon Ball Z’s best fights are hours of filler where nothing that serves the plot happens. Some of those filler episodes are the stereotypical powering up sessions, where our hero and a bad guy stare each other down while screaming. But one of Dragon Ball Z’s filler episodes goes down in anime history as the sillies of all time: Goku learning how to drive a car.

This level of filler has never made it into the Dragon Ball Z video games before, but the new Dragon Ball Z: Kakarot game relishes in the series’ famous filler. Kakarot takes Goku’s driving lessons, and blows it out into its own mini-game. 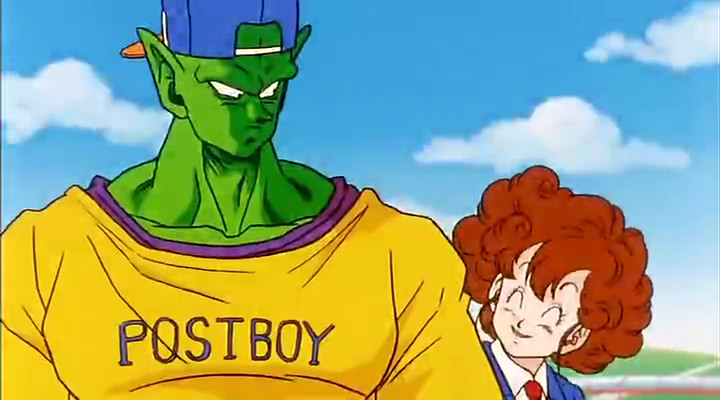 In episode 125 of Dragon Ball Z, “Goku’s Ordeal”, Goku and Piccolo hope to earn their driver’s licenses. These are two men who regularly fly around the planet at supersonic speed, without the use of a vehicle, fighting the tyranny of evil emperors. The two show up to meet their instructors in more normal clothes than the training outfits they usually wear — including Piccolo’s most iconic ’90s look: a backwards baseball cap and a yellow shirt with POSTBOY written on the front.

After deciding to race each other during the exam, Goku and Piccolo destroy their cars and wreck a bit of the city. The two fail their exams, but end up saving a bus full of people from sliding off a cliff. The instructors send them home empty handed, but remark how quickly they’d trade their own licences for the ability to fly.

When the boys tell Goku’s wife Chi-Chi — who put both of our heroes up to the task — that they failed the test, she faints and the episode ends.

“Goku’s Ordeal” doesn’t fit Dragon Ball Z’s usual punching, kicking, energy-blast-chucking nature. Instead it’s a look at what happens when these gods walk among normal people, and do normal people stuff. It’s an episode entirely disconnected from the show. And while it does make for a fun, short adventure, but also delays the real story — which can be frustrating on a binge, or as a little kid wanting to know what happens next. 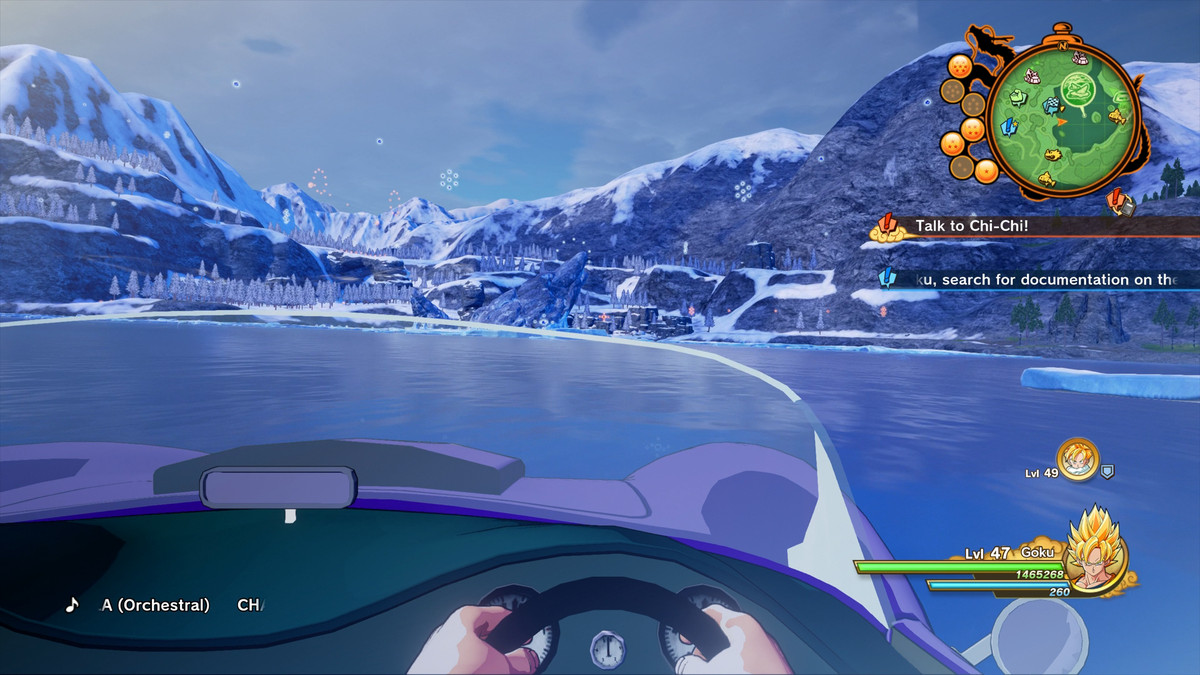 Cruising over the ice in first-person mode
Image: CyberConnect2/Bandai Namco Entertainment via Polygon

To honor the legacy of Dragon Ball Z, Dragon Ball Z: Kakarot purposefully adds in some of filler, including the chance to race for a driver’s license. The quest is part of the main story, and follows the same beats as the show, with two major differences: no POSTBOY shirt or hat for Piccolo, and the boys successfully earn their licences.

When it comes time for the race, the game confines you to a small car that doesn’t go very fast. You drive through checkpoints, follow arrows, hit speed boosts, and can change your camera to a first-person mode. It doesn’t make for a very compelling race — especially since Piccolo isn’t even on the track with you — but it certainly captures the bizarre, misplaced energy of “Goku’s Ordeal.” 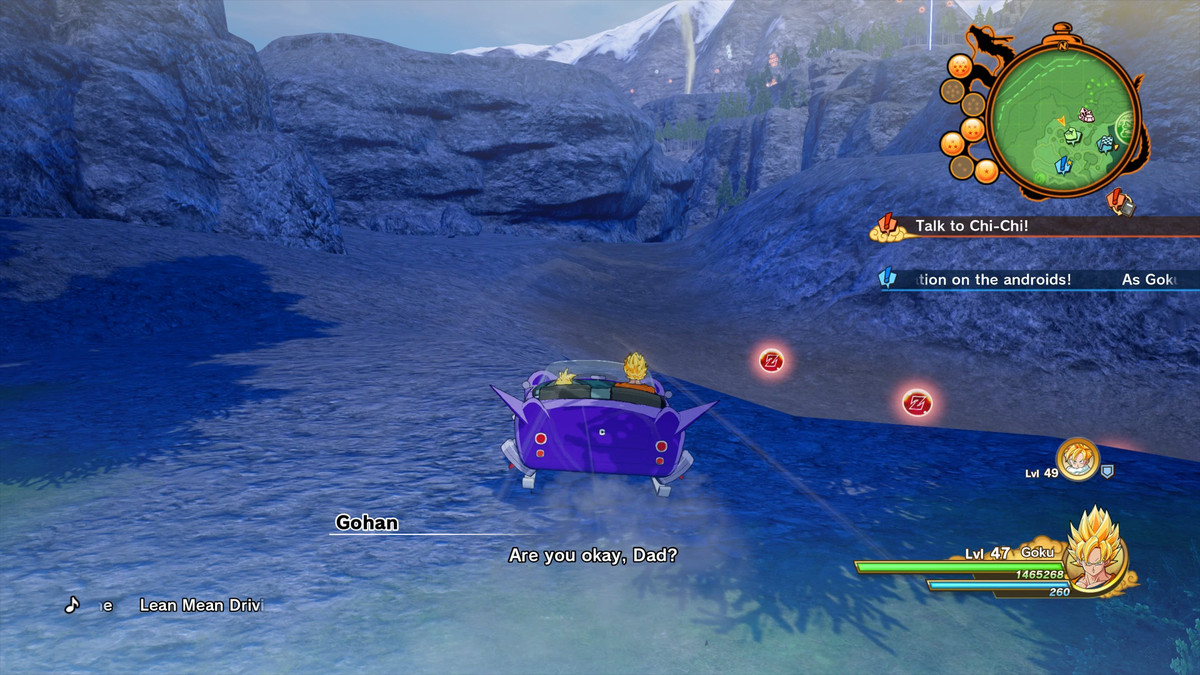 Goku and Gohan driving around, fully Super Saiyan, like a normal father and son
Image: CyberConnect2/Bandai Namco Entertainment via Polygon

The racing quest in Dragon Ball Z: Kakarot, somewhat surprisingly, doesn’t stop at a quick reference to a well-known episode. You don’t earn your license until 20-plus hours into the game. All that time you’ve been upgrading your Development community — which up until that point has no function — and collecting machine parts. But now that you’re a legal driver, Bulma offers to build you a car. If you give Bulma all the materials she needs, and kick her some Zeni, she’ll create a customized vehicle for you to ride around in.

Now that you have a car, you can drive it almost anywhere, and even take place in time-attack races around the world. The racing in Dragon Ball Z: Kakarot is not good, and Dragon Ball Z Racing certainly won’t be the next great kart racer. But it’s admirable how hard developer CyberConnect2 went to rekindle the joy of a 28-year-old joke.

But like the show, the best part of having a car in Dragon Ball Z: Kakarot is how inferior it is to every other kind of travel. With Goku’s natural ability to fly across a map in under 30 seconds, the putt-putt of a small car is Dragon Ball silliness at its peak — just like the episode it’s based on.