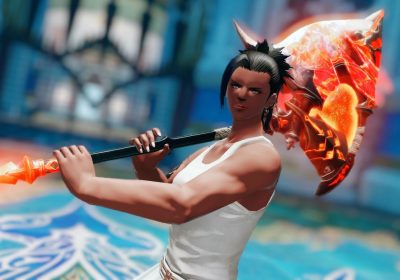 Final Fantasy 14 has relic weapons, special glowing weapons for each job. The Shadowbringers expansion relic weapons are all related to Bozja and the Blades of Gunnhildr.

In this Final Fantasy 14 Shadowbringers relic weapon guide, we’ll in detail how to get that beautiful endgame weapon.

Relic weapons are specialty weapons that look beautiful and typically have a unique glowing animation. After upgrading the weapon several times, you’ll have the best weapon in Shadowbringers as a trophy for your hard work, but the amount of work you’ll need to put forth is huge. Perform the steps over a longer timespan, rather than trying to do it quickly and burning out.

Almost all of the weapon upgrading steps involve participating in The Bozjan Southern Front, the instanced Shadowbringers area with a unique battle system. While there are alternative methods to obtain the weapon upgrade materials for lots of these steps, you’ll have to rank up in Bozja to upgrade your weapon past a certain point, so be ready for that.

There are lots of steps to get the best weapon in the expansion, and for each weapon you want, you’ll have to start from the beginning and repeat most of the steps.

Step 1: How to make Resistance weapons

These are the weapons with 485 item level and they were released in patch 5.25.

To get your first weapon:

For every other weapon after this, complete the quest “Resistance is (Not) Futile” as the job you want the weapon for. You need to turn in four Thavnairian Scalepowders to Zlatan. These are purchasable from the Tomestone NPC vendors, like Auriana in Revenant’s Toll and Hismena in Idyllshire, for 250 Allagan Tomestones of Poetics each.

Step 2: How to Augment your Resistance weapons

The next step involves upgrading your Resistance weapon, boosting its stats and item level up to 500. This step was added in patch 5.35.

To get the Augmented version of any of your weapons:

You can obtain all 60 memories as random drops from Skirmishes and Critical Engagements in The Bozjan Southern Front.

Step 3: How to make Recollection weapons

The third step gives your relic weapon its iconic glow, though the item level stays at 500. This was added in patch 5.35.

To get your Recollection weapon:

Just like the previous step, you do not need to be playing as the job you want the weapon for in order to get the memories.

Step 4: How to get Law’s Order weapons

Upgrading your weapon to a Law’s Order weapon will boost its item level to 510. This step was added in patch 5.45.

To get your next relic:

Similarly to the previous steps, you do not need to earn these memories while playing as the job you want the weapon for.

Step 5: How to augment your Law’s Order weapons

Augmenting your Law’s Order weapons will boost its item level to 515 and give it a special glowing effect. This part was added in patch 5.45.

To obtain the augmented version of your Law’s Order weapons:

After getting all 36 memories once, you will not have to do this part again for subsequent weapons. Doing FATEs for the memories is much faster than doing raids, but memories do not drop guaranteed from completing FATEs, so you may hit frustrating unlucky streaks.

Timeworn Artifacts drop from doing Palace of the Dead and from doing Bozja’s Delubrum Reginae raid.

Step 6: How to get your Blade’s weapon

To get this weapon:

You can get the 180 items from Zadnor, which you’ll unlock as you complete the above steps. You can also farm these items from completing specific raids, but you won’t get rewards for doing these raids unsynced.

Once you obtain these items and turn them in, you won’t have to repeat this step when making more weapons. We’ve tabled the information below.

After this, you’ll be done with your first weapon. If you liked the look from any of the steps between, you can buy a replica to use for glamour from Regana in Gangos.