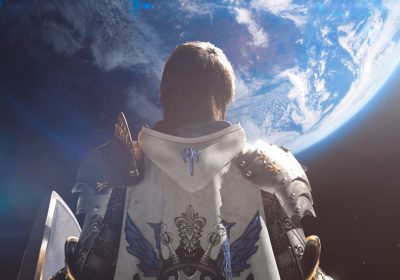 Square Enix normally holds three Fan Festivals a year, with one taking place in Japan, another in Europe, and a third in the United States, but the event has been consolidated into one streamed event due to the coronavirus pandemic.

As expected, Final Fantasy 14 producer Naoki Yoshida revealed new information from the upcoming Endwalker expansion, which is set to release in the fall. We’ve outlined some of the biggest announcements below.

Endwalker’s full trailer shows off Sharlayan and our favorite friends

The full trailer for Endwalker was revealed during the stream, showing what our favorite scions have been up to as well as the beautiful new areas in Eorzea that we’ll be exploring. It also showed that, expectedly, Zenos is wielding the new scythe DPS weapon.

After being teased for several months by way of Yoshida’s shirts, we finally know what the second job coming in Endwalker is: Reaper. The new melee DPS will use a two-handed scythe weapon. In addition to the very cool slashing attacks, it has a ghost avatar from the void to help them fight.

You will need to own the Endwalker expansion and have at least one job at level 70 to unlock Reaper.

The way The Crystarium was for Shadowbringers and Kugane was for Stormblood, Old Sharlayan will be Endwalker’s hub city. This means that not only will this be the zone where you’ll be able to access shops and the market boards, but you’ll likely be spending most of your time here throughout the expansion.

Other new areas include Labrynithos, Garlemald, Thavnair, and … the moon

Labrynithos is a beautiful underground dome that emulates the outside world and Garlemald is the territory with the folks that Warriors of Light have been beefing with. Thavanir’s Radz-at-Han was already confirmed to be the expansion new non-hub city in a previous stream, but we got to see a demo of the area in action in the keynote.

As stated before, players will be traveling to the moon at some point during the expansion. This continues the Final Fantasy 4-esque theme we’ve seen with Endwalker so far.

Loporrits are one of the new beast tribes

These adorable rabbits can be found on the moon, playing in the Asian fairy tale about moon rabbits. Will they be making rice cakes? Will they be sacrificing their livers? We don’t know! We do know that they’re based off of Hummingways, rabbit-like designs from — you guessed it — Final Fantasy 4.

Endwalker’s alliance raid series is called Myths of the Realm

Yoshida noted that it will explore The Twelve, the deities in Final Fantasy 14, closely. It’s also going to be original content, unlike some of the previous raid series that were crossovers with other games.

Yes, the rabbit-people race that released in Shadowbringers is actually getting a male counterpart in Endwalker. Previously, Viera could only be female, but now they’re giving us the rabbit boys we’ve been begging for. Thank you, Square Enix.

There are plans to add female Hrothgar in the future.

Endwalker will be released on Nov. 23

The expansion will be fully available on Nov. 23, but folks who preorder will have early access to the expansion content for a couple days before this date.