Kyle “Bugha” Giersdorf walked away from the Fortnite World Cup a household name within the gaming community after winning $3 million in the solos portion of the competition. But that visibility has come with a few downsides.

Bugha had his Twitter hacked by someone plugging a specific handle almost immediately after being declared the winner, and the attacker also disseminated anti-egirl rhetoric. The 16-year-old regained control of his account the next day, but the attention has started filtering into his online matches as well.

Like many Fortnite influencers, Bugha livestreams his escapades on the battle royale island — which means that anyone can tune in to figure out what he’s doing, even if they’re playing against him. This practice is called “stream sniping,” and, while it’s not allowed per the official Fortnite rules, it’s a thing that nearly every big-time streamer has to face. If you knew you were in a match with the best Fortnite player in the world, wouldn’t you be curious to see him in action from his own point of view?

During a livestream that took place after the World Cup, Bugha broadcasted a moment where a sea of players seems to take notice of him dropping from the battle bus: 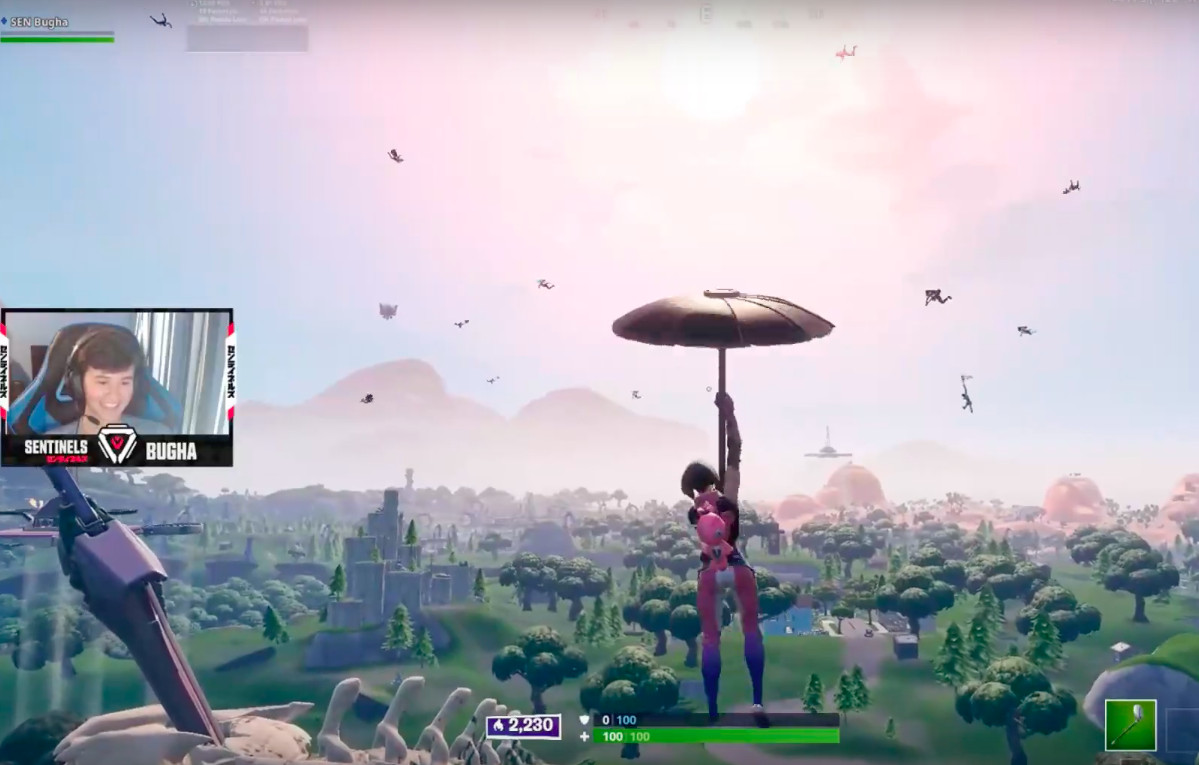 In a different match, Bugha lands and has around a dozen players on him immediately, which is especially notable when you consider he’s not dropping into a hot zone. These people also aren’t shooting each other — they’re here for Bugha. It seems likely that they’re stream sniping him, or at least singling him out in a way that wouldn’t happen in a typical match.

“What am I playing?” Bugha asked, in disbelief. This is apparently the new reality for Bugha, according to viewers:

The pitfalls of Fortnite fame are noticeable everywhere, really. During the Fortnite World Cup, Turner “Tfue” Tenney, a popular player, had so much attention on him that commentators kept calling out what he was doing. After all, why wouldn’t viewers want to know what the world’s most popular Fortnite player was doing during the World Cup?

But because the venue was so loud, these commentators kept giving him away to his opponents, who then used that information against him. Plus, there’s always the fact he’s Tfue — everyone wants to be able to say they’ve killed him. Tfue can’t go into a match without having to deal with a lobby full of people ready to go after him in particular. That’s going to also be Bugha’s new normal.

But hey, Bugha still won $3 million, so there’s that.