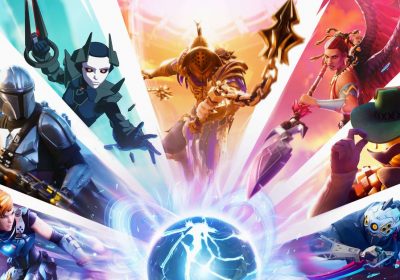 Fortnite’s massive Zero Point season is coming to an end, and Epic seems to be planning something big for the season finale. According to a new blog post from Epic, the season finale event will be called the Zero Crisis Finale and will put you in the role of Agent Jones for a special solo mission.

Throughout season 5, Agent Jones has been making contact with just about every fictional universe you can imagine, discovering characters that end up teleported to the Fortnite island. While we don’t know where this mission might take Jones, with all the different missions Jones has been on so far this season, it’s sure to be somewhere exciting, and it will probably give us a clue about what’s coming in season 6.

Fortnite parody ‘Chug Jug with You’ is taking over TikTok

Most of Fortnite’s end-of-season events so far have focused on bringing players together in large groups, but season 5’s finale will be Epic’s first big foray into single-player events. According to the blog post, players will be able to do the Zero Crisis Finale as a “solo experience” at any time when they first log in for season 6. This means that unlike past events, if you miss the initial reveal, you’ll still be able to check out the finale whenever you want.

Players will have their first chance to see the Zero Crisis Finale event when Fortnite Chapter 2 season 6 launches on May 16.