As the Ghost Giant, you act as the imaginary friend of a troubled anthropomorphic cat-child named Louis LaFleur, learning about his life and helping him on his adventures as he takes care of his family’s sleepy farm. Though he’s described as a young child, responsibilities far beyond his years have fallen to him, so it’s your job to work some magic and help out a friend in need.

All the details in each level are captivating in their own ways.

Using the required PlayStation Move controllers to control each of the Ghost Giant’s ectoplasmic hands, you stand (or sit) and survey each level while Louis goes and talks to people, then solves problems for himself or others. Watching the world (or playing with it) is a series of simple pleasures. All the details in each level, from the intricacies in people’s homes to little bits of dialogue from townspeople are captivating in their own ways. My favorite minor character is the covetous crow, who is obsessed with shiny objects. In one level you find his home, where he’s planning how to rob a pearl from a clam. When Louis needs you to help — and he frequently does — you can be asked to find lost keepsakes, open doors, move heavy objects, or other basic things.

Those tasks, which I would describe as “puzzles” in the broadest sense, are relatively simple, bordering on tedious. While there are a few clever moments, like finding sources of color to mix paints for a story-mandated work of art, much of it comes down to identifying movable objects and putting them in the right places. It rarely takes long, but there can occasionally be interesting complications that mix up how you grab things. In one level, for example, you have to use a virtual fishing pole to pull in tools that are out of your reach. 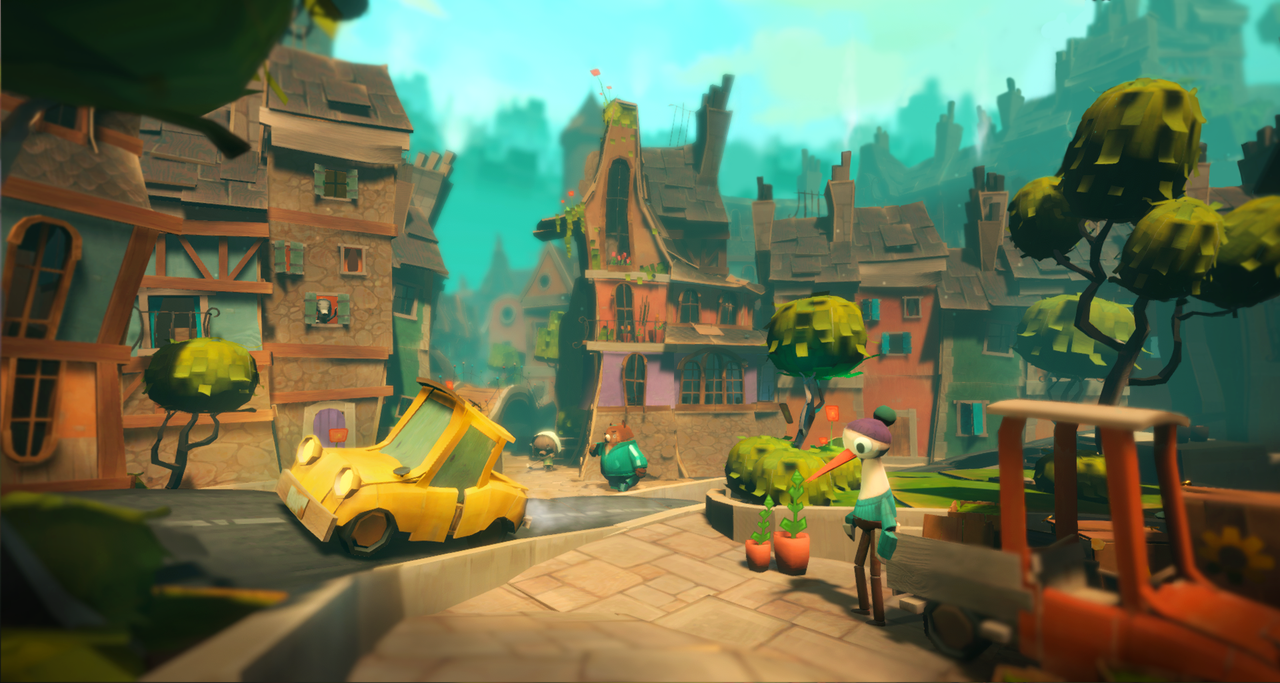 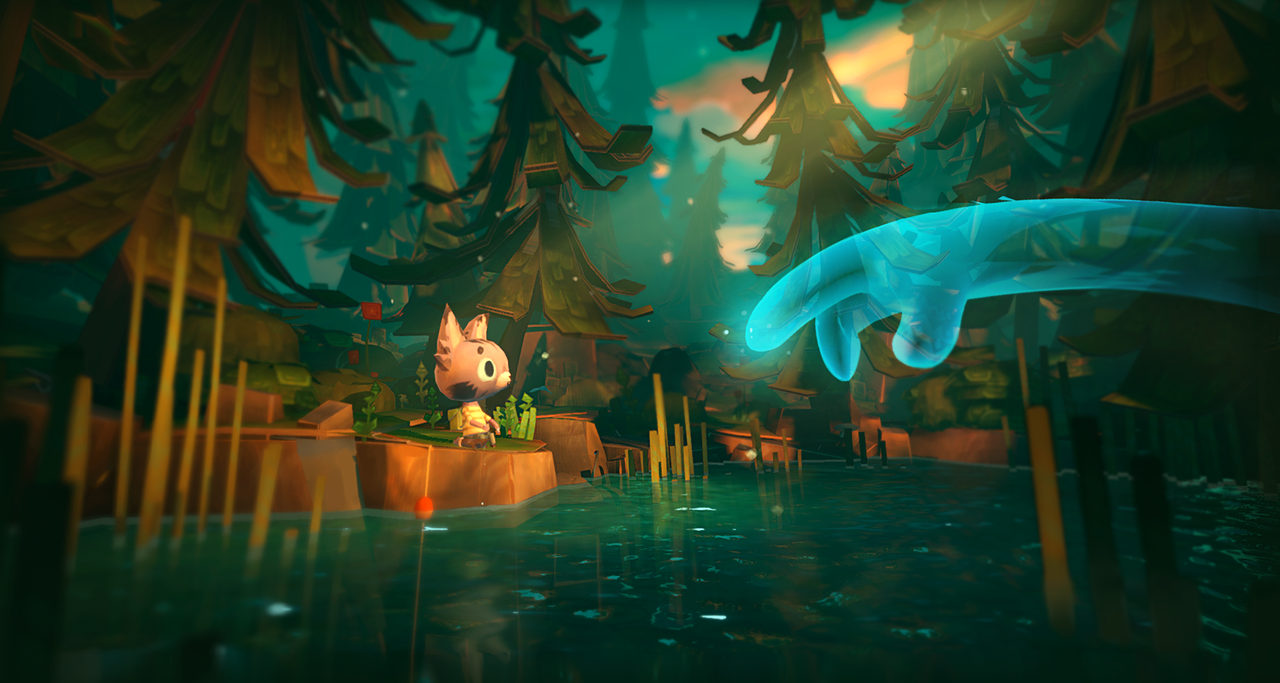 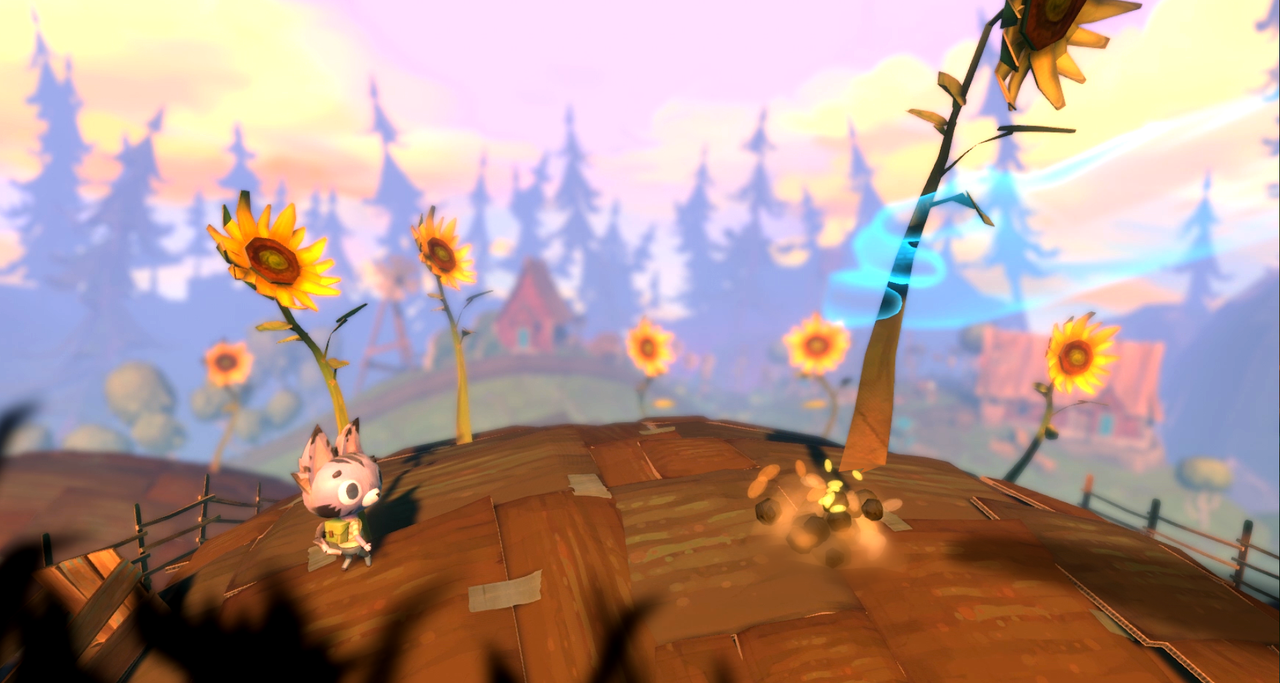 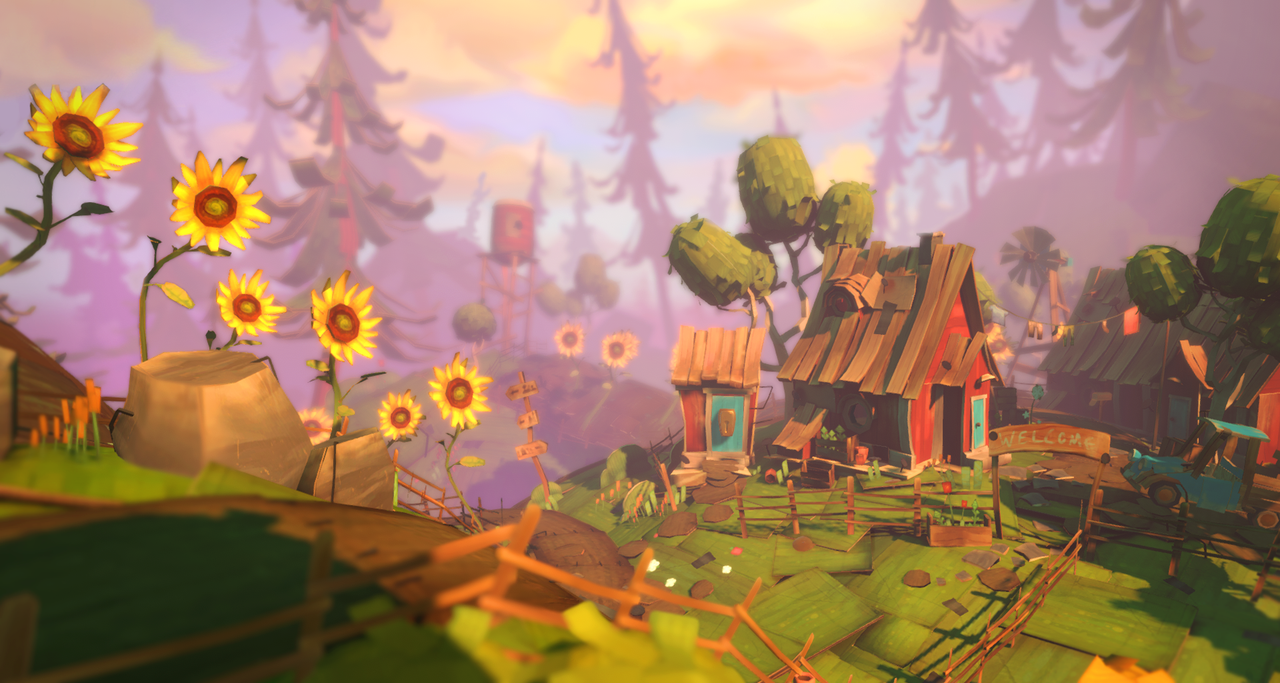 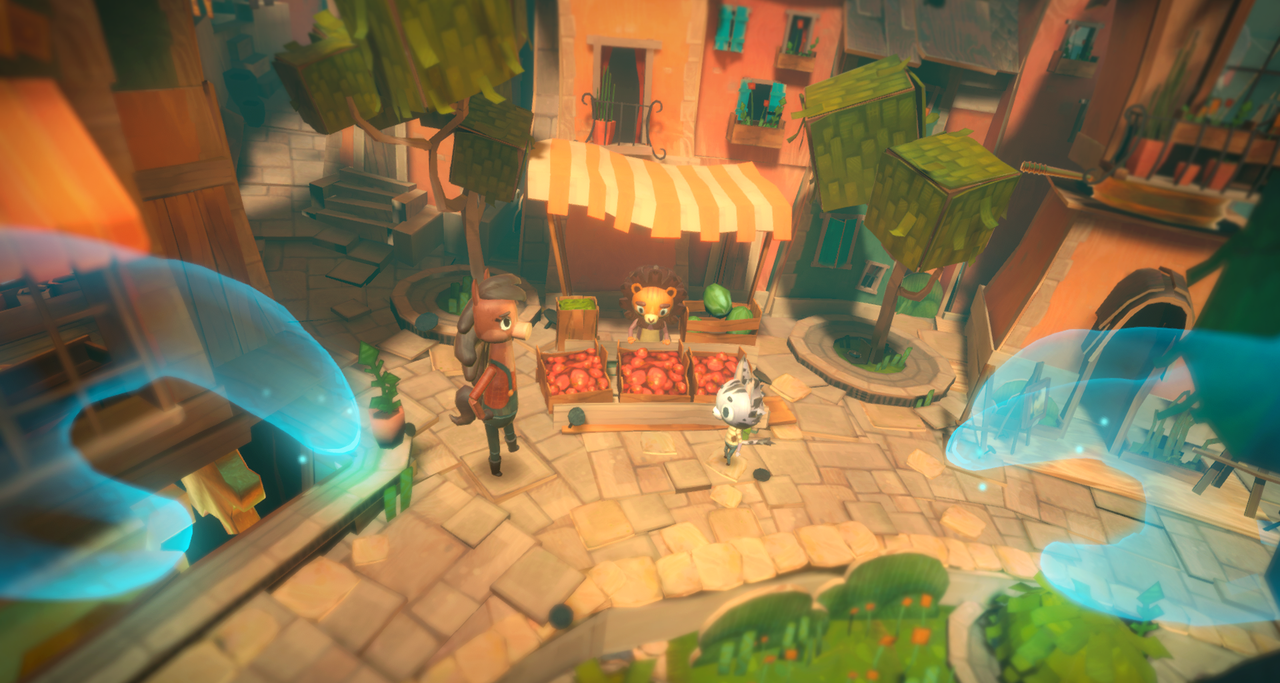 Puzzles serve to point you toward all the nooks and crannies of a level, making sure you take everything in.

Often, though, the puzzles serve to point you toward all the nooks and crannies of a level, making sure you take everything in. The aesthetic isn’t exactly grabby, but it’s fitting for this particular and the loosely interpreted rustic French town feels oddly natural for the children’s-book vibe. In another scene set in a harbor, Louis and the Ghost Giant search warehouses, docks, and under the sea for parts to fix a giant crane. Poking in and out of each building, you get to see small scenes as people go about their lives, or simply find cute virtual dioramas to observe, like the girl on the dock who’s diving and rummaging through the trash underneath the waves. You’d probably never think to look under the water if not for the fact that she’s pulling up chairs, giant pencils, and other strange junk.

The process of scouring each level for puzzles and story can be engrossing but also led me into some technical problems. You are meant to stand or sit in place while playing Ghost Giant, turning your head without moving your body. That proved difficult: fascinated by the world around me, which is filled with neat little details — furniture in each house, paintings and posters with cool bits of art — I found myself enticed to physically move around much more than I was supposed to. I would lean down for a closer look or peek around the corner of a building, and slowly but surely I would move out of my prescribed position, leading to inevitable detection issues with my controllers.

To be fair, this is a limitation of the PlayStation VR and its single point of external tracking. You can rotate your in-game position by pressing certain buttons on the controller, giving you better access to new views while avoiding any tracking problems, but it’s not the intuitive way I wanted to move. As a human being, my instinct is to turn by moving my head when my sightline is obscured and contort my body to reach when something is in my way. As a result, Ghost Giant’s creative level designs can’t help but butt against the technical limitations of its platform.

Ghost Giant may look like just another VR object-based puzzle-playground from the outside, but its charming world and beautiful story tugged on my heartstrings in a way I wasn’t expecting. Considering its only three or four hours long, it’s a PSVR game worth making time for.