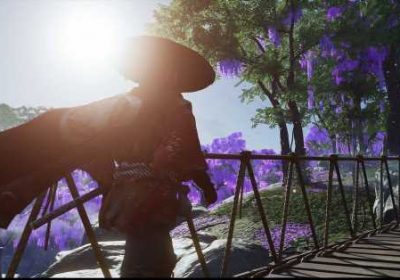 Ghost of Tsushima Director’s Cut — outed by an ESRB rating earlier this week — will launch Aug. 20 on PlayStation 5 and PlayStation 4, developer Sucker Punch Productions announced Thursday. The re-release will add a new area and gameplay chapter to the open-world adventure, as well as several PlayStation 5-exclusive features.

Iki Island is the game’s new region. Ghost of Tsushima is based on events from Japan’s feudal period more than 700 years ago, and neighboring Iki Island, like the island of Tsushima, was invaded by the Mongols. Jin Sakai, the protagonist, will travel to Iki to investigate, and instead will get “caught up in events with deeply personal stakes that will force him to relive some traumatic moments from his past,” according to Sucker Punch.

Ghost of Tsushima review: You’ve played this before

PlayStation 5 owners so far have played Ghost of Tsushima as a backward-compatible game that runs at 60 frames per second (in 1800p resolution) on the beefed-up hardware. The PS5 version of Ghost of Tsushima Director’s Cut will support the DualSense controller’s adaptive triggers and advanced haptic feedback. Sucker Punch said the PS5 version of Director’s Cut will also offer “drastically improved load times, 4K resolution options, and frame rates targeting 60 fps.”

Save files from Ghost of Tsushima on PS4 are also transferable to Ghost of Tsushima Director’s Cut, for either PS4 or PS5. This is key, because the Iki Island chapter is available beginning with Act 2 of the main game’s story. Ghost of Tsushima Director’s Cut will also be accompanied by a free update, available for the original PS4 version, that will include photo mode improvements, controller remapping options, and the ability to lock onto targets during combat. The free update will also feature “an all-new mode,” which Sucker Punch will describe more fully at a later date.

“And for the person who tweets at us all the time asking for an option to hide your quiver during gameplay: yes, we’ll be adding that, too,” the studio noted.