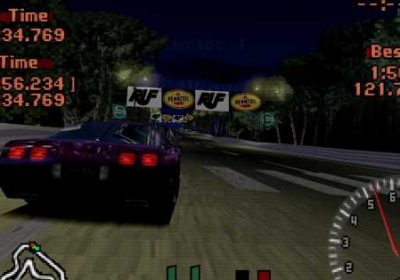 Sony’s original PlayStation is now at the forefront of retro games nostalgia, inspiring fan “demakes” and indie game experiments. Without the benefit of having a pair of rose-tinted glasses to remember the era through, it might be hard to remember just how vibrant those blocky polygons could feel. Seeing PS1 games rendered in crisp 4K on an Xbox Series S, however? Those games come alive.

This latest experiment in emulation comes from Dimitris Giannakis, who runs the YouTube channel Modern Vintage Gamer. In his latest video, Giannakis displays just how incredible classic PlayStation games can look running on an Xbox Series S via Duckstation, a PlayStation emulator released in late 2020.

In the video, Giannakis acknowledges that PlayStation emulators are a dime a dozen, but his praise of Duckstation’s performance on a Series S is superlative, noting that Duckstation’s unique ability to upscale games well beyond 4K in conjunction with other, more widespread emulation features like overclocking make this setup the best PS1 experience he’s had under emulation.

Even without a 4K computer monitor, it’s possible to see what Giannakis means by that: Games like Chrono Cross and Gran Turismo appear to run incredibly well, with an awe-inspiring crispness that’ll make you want to give it a shot right now. (For those curious, Giannakis provides detailed instructions in how to get this set up.)

While emulation isn’t really something console manufacturers want customers using their expensive hardware for, the versatility that the emulation community is able to wring out of these machines is both depressing and dispiriting — it’s possible to keep old games alive and accessible across generations, but we risk losing more and more due to a terrible lack of interest from the companies that control them.