Horizon Forbidden West has no upgrade option from PS4 to PS5 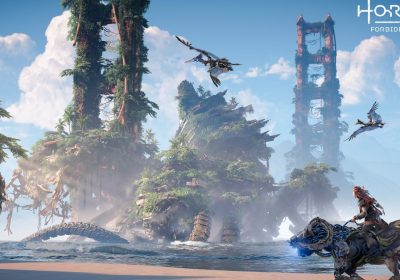 Horizon Forbidden West isn’t exactly an upgradeable game from PlayStation 4 to PS5. In a post outlining all of the pre-purchase options for Guerrilla Games’ action-adventure, Sony Interactive Entertainment revealed that buyers get versions for both consoles with one of three special editions starting at $79.99. The $69.99 standard version for PlayStation 4 can’t be patched to a PS5 version if its buyer picks up the newer console later.

The PlayStation 4 version is still playable on PS5, of course, but it will lack any of the features exclusive to the newer console.

The differentiation makes for a confusing description of all the purchase options for Horizon Forbidden West, one that requires its own FAQ. But some PlayStation 4 owners are going a step further in their disappointment, saying this countermands a promise from Jim Ryan, the chief executive of Sony Interactive Entertainment, that PS5 games would be “built from the ground up” for that platform, and that “we have an upgrade path for PS4 users to get the PS5 versions for free.”

Ryan said that in an interview with The Washington Post’s Launcher a year ago. “No one should be disappointed,” Ryan said at the time. “It’s about people having choice. I’m really quite pleased about the situation.”

As it is, players have to pick up either the Digital Deluxe ($79.99), Collector’s ($199.99) or Regalla ($259.99) editions to get access to both the PS4 and PS5 versions. That access is in the form of a download code only, for both games; though the Collector’s and Regalla Editions come with steelbooks, they don’t have the game on a disc.

The Special Edition for both PS4 and PS5 is $79.99 and offers the game on a Blu-ray disc, but it is only for the chosen console.

The lack of an upgrade path for Horizon Forbidden West is inconsistent with options Sony has offered for other big-time console exclusives getting PS5 improvements. Most recently, Ghost of Tsushima Director’s Cut launched with a paid upgrade path from PS4 to PS5, and so will Death Stranding: Director’s Cut when that launches this November. Legacy PS4 titles like God of War and Horizon Zero Dawn have also gotten free upgrade patches to take advantage of the PS5’s more robust hardware.