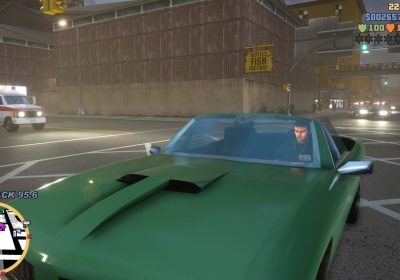 Rockstar Games’ Grand Theft Auto: The Trilogy — The Definitive Edition comes to consoles and Windows PC on Nov. 11, and on the eve of the game’s release, the developer detailed big and small changes coming in the remaster.

And here’s that improved weapon wheel, as it appears in San Andreas:

Players will also get modern conveniences like updated minimaps — you can set waypoints in those classic games now — and the ability to “immediately” restart failed missions, all of which should make the Definitive Edition easier to play.

Rockstar also further detailed the graphical upgrades and platform-specific features in Grand Theft Auto: The Trilogy — The Definitive Edition. The PlayStation 5 and Xbox Series X versions will include 4K resolution support with frame rates up to 60 fps; the PC version will support Nvidia DLSS; and the Nintendo Switch version will offer touchscreen camera zooming, pans, and menu controls, plus gyro aiming.

Grand Theft Auto: The Trilogy — The Definitive Edition gets a digital release on Nov. 11, priced at $59.99, with a physical version coming Dec. 7 for Nintendo Switch, PlayStation 4, Xbox One, and Xbox Series X. Android and iOS versions of the Grand Theft Auto trilogy remaster are coming sometime in 2022.