New Mass Effect teaser hints at the return of the geth 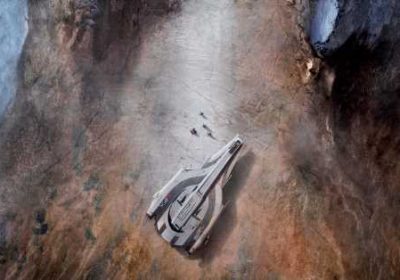 BioWare’s annual N7 Day, a celebration of all things Mass Effect, landed on Sunday, and while the event itself was rather quiet, the developer offered a new tease about the next game in its sci-fi saga. In a teaser poster, we get a look at the ship and crew of the new Mass Effect, and a not-so-subtle hint that the geth will return in BioWare’s still-undated sequel.

Beyond the obvious tagline (“Mass Effect will continue” — yeah, we know!), the poster offers a bird’s eye view of a four-person crew, one of which definitely appears krogan-shaped. There’s also what appears to be a destroyed geth on the ground, and scarred terrain that’s undeniably the silhouette of a geth head. That would certainly hint at the return of the AI race, which were absent from the most recent game in the franchise, 2017’s Mass Effect Andromeda.

The ship itself also appears to be new — and not the so-called Mudskipper shown in a previous teaser — and the impact crater that made the geth shape appears have been a harsh landing for … something that the geth themselves may have been investigating.

The new Mass Effect: everything BioWare has said and teased

BioWare itself offered little help on what the teaser means. In an N7 Day blog post, the developer said, “We are, of course, hard at work on the next adventure in the Mass Effect universe. Until then, please accept our most humble thanks to you for accompanying us on this journey.”

The new Mass Effect was officially confirmed to be in development this time last year. Then-BioWare general manager Casey Hudson said, “a veteran team has been hard at work envisioning the next chapter of the Mass Effect universe,” and that BioWare was “in early stages on the project.” Like the next Dragon Age game, it’s almost assuredly years away from release.