Home » PS4 » No, the revised PS5 isn’t any worse than the launch model 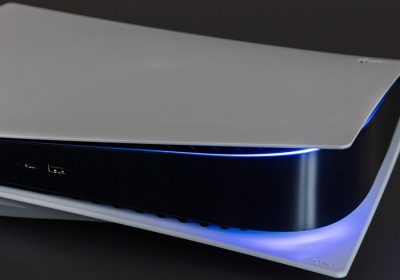 Sony has replaced the launch model of the PlayStation 5 — the CFI-1000, for those keeping score — with a revised model, even as a lot of folks are still having trouble getting their hands on any model. So, what gives with the newer CFI-1100? Is this a better console to re-trigger fans’ FOMO?

No, says Digital Foundry. Nor is it any worse. “The differences between PlayStation 5s old and new are minimal to say the least,” writes Richard Leadbetter. The unit is lighter (about 12 ounces), owing to a redesign of the cooling assembly and its smaller heat sink. It still has the same large-adult-son chassis. It’s also easier to screw in the stand that the unit uses, somewhat counterintuitively, in the horizontal position.

Otherwise, with both consoles running the same firmware — a big revision just hit on Wednesday, too — “the new PS5 run[s] pretty much identically to my other launch PS5.” In an analysis of the new unit’s boost clock, Leadbetter “put the new PS5 into a media cabinet with little airflow, ran it with the console consuming over 200 [watts] for two hours, and then benchmarked it again.” Still no difference, although the console was “very warm to the touch when I retrieved it.”

“The PS5 will keep on playing until it hits a specific max temperature and then it’ll power itself down,” Leadbetter said, as the console appears engineered for quiet performance — perhaps recalling the loud launch models of the PlayStation 4.

Despite the new machine running hotter or colder, it performs exactly the same as its predecessor. So, you can now get back to worrying whether you can find a PlayStation 5 at all. Sony’s most recent guidance there is that it’ll still be in short supply through all of next year.