Overwatch’s role queue is off to a strong start

Role queue has changed the way we play Overwatch, from the casual players all the way up to Overwatch League pros. The new system requires teams to be made up of two tanks, two damage characters, and two supports. We can say goodbye to compositions like GOATS, and hello to more varied damage picks across the board.

Advocates for role queue have long argued that it would help balance the meta and fix many of the toxicity issues that Overwatch contends with, while others have had concerns that it would dampen creativity and restrict how we play the game. Now that 2-2-2 is out in the wild, we’re able to see some of the immediate impact.

So far, the system is looking good on both the Overwatch League stage and for players queueing up at home.

For casual players, role queue has taken some of the stress out of playing Overwatch. Gone are the days of a tilted main tank randomly swapping to Torbjörn. A player who enters a lobby and locks in a damage character no longer watches in horror as the rest of the team choose damage characters as well.

No longer do players need to worry about players trying to pull off GOATS like the pros, or quad-DPS compositions that wind up being a chaotic brawl. Now, players know that every game will have a balanced team, and they can strategize alongside their teammates based off the map and objective.

Role queue also allows Blizzard to more easily balance the meta, which may help negate the months-long dominance of characters like Brigitte, who ushered in the era of GOATS. Now, characters have one singular context, and Brigitte has shifted from a healer/tank into a flex healer. Sigma is a character designed for a 2-2-2 world; Blizzard now has the freedom to create characters that it knows will fit into an established meta instead of breaking it altogether. 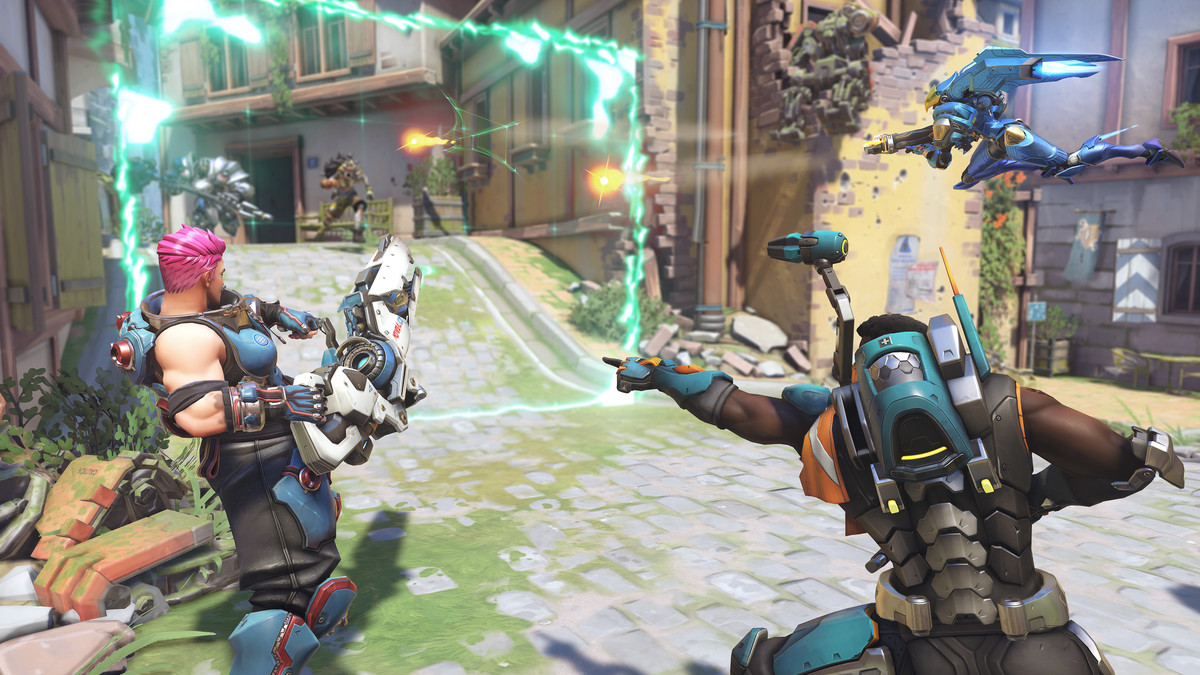 The main argument against this system is that the highest levels of Overwatch no longer allow for composition creativity. When players could swap at any moment, a last-minute Doomfist could turn the tide due to the sudden, explosive, and unexpected power.

But ultimately, that freedom led to a metagame where players largely saw six heroes making up the core of each pro team’s composition. 2-2-2 compositions were starting to re-emerge right before Blizzard introduced role queue, so teams were ready — and we’ve already seen creative team compositions. All seven support heroes have seen play, as opposed to just Zenyatta, Lucio, and Brigitte. The game is opened for characters like Reinhardt, Winston, and Wrecking Ball, and the Vancouver Titans ran an Orisa/Zarya combo against the Philadelphia Fusion to surprising success.

Sombra is no longer the sole representative of damage characters on the Overwatch League stage. We’ve seen Mei, Widowmaker, Hanzo, Doomfist, Pharah, and Reaper take the spotlight. Pharah and Doomfist have both shown up in Titans and Chengdu Hunters games, and the Los Angeles Gladiators have even brought Genji out to play.

Role queue is a massive shakeup to Overwatch, and we’ll likely see growing pains in the future as players adjust and the game patches. In the end, it seems to have made the game better. Players at home have fewer stressful variables to deal with, and professionals get to pull out their pocket picks and perform flashy plays once again.

Stage four, and the playoffs, of the Overwatch League will play out entirely differently as a result. Meanwhile, at home, solo queueing should be a less of a lobby dice roll.