Home » PS4 » PlayStation Plus offers Battlefield 5, Wreckfest in May

PlayStation Plus offers Battlefield 5, Wreckfest in May 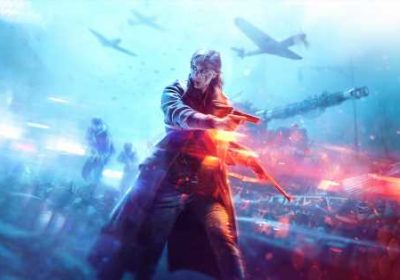 PlayStation Plus subscribers will get access to three games in May: Electronic Arts’ Battlefield 5, Bugbear Entertainment’s Wreckfest, and Beam Team Games’ Stranded Deep. Sony Interactive Entertainment announced Wednesday that the trio of PS Plus freebies will be available to download from May 4 to May 31.

Battlefield 5 is developer DICE’s return to the World War II era of shooters. First released in 2018, the PlayStation 4 game was supported through 2020 with a series of updates, including the addition of Battlefield’s foray into battle royale gameplay, Firestorm. DICE and publisher EA recently teased the impending reveal of Battlefield 6 (or whatever they may call it), which is slated for release later this year.

Wreckfest is Bugbear’s fantastic demolition derby racing game, and one of our favorites on Xbox Game Pass — so it’s a nice PlayStation Plus bonus. It came to PS4 in 2019, one year after its original release on PC. However, only PlayStation 5 owners will get Wreckfest as part of May’s PS Plus offerings.

Stranded Deep for PS4 puts players in the role of a plane crash survivor, who must fend for themselves on the open seas, managing their thirst, hunger, and exposure to the environment to survive. There’s also sharks.