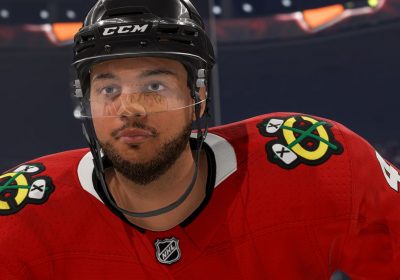 NHL 22 will mark the franchise’s debut on PlayStation 5 and Xbox Series X, and you can see this year’s graphical upgrade in action in its first gameplay trailer, released Thursday by publisher Electronic Arts.

Many of the visual improvements in NHL 22 will come courtesy of developer EA Vancouver’s switch to EA’s Frostbite engine, the same technology that powers EA games from Madden and FIFA to Battlefield and Star Wars. For the duration of the previous console generation, EA Sports Ignite was the engine for the publisher’s sports games.

The lengthy trailer focuses on elements like dynamic lighting for arenas (including lens flares), 3D ice spray effects, and an ice surface with realistic depth and reflectivity. While those elements will be exclusive to the current-gen version of NHL 22, the game will also get plenty of visual upgrades on PlayStation 4 and Xbox One. For instance, EA Vancouver has said that it “completely rebuilt” dozens of player models, and improved elements like eye and skin shading.

“All the visual upgrades […] that just wasn’t possible with Ignite,” said Clement Kwong, lead producer on NHL 22, in an interview with Polygon earlier this month. “We pushed Ignite to the limit of what it was capable of.”

Augmented reality is another major piece of NHL 22’s new look, with graphical overlays that convey relevant information to the player in a very visible way. And on the gameplay front, EA Vancouver has made upgrades to the series’ physics engine that provide for more realistic stick physics.

The other main focus of Thursday’s gameplay trailer is Superstar X-Factor abilities, which will give the NHL’s best players a new way to differentiate themselves in the game. Check out our preview of NHL 22 for much more detail on these powerful abilities.