Home » PS4 » Sega bringing Yakuza 3, 4, and 5 to the West with Yakuza Remastered Collection

Sega bringing Yakuza 3, 4, and 5 to the West with Yakuza Remastered Collection

Sega is bringing the remastered versions of Yakuza 3, Yakuza 4, and Yakuza 5 to the West, starting Tuesday. That trio of games — which were previously released on PlayStation 4 in Japan — is coming stateside as part of The Yakuza Remastered Collection.

That previously cut content includes things like mahjong, shogi, the massage parlor, and Cabaret minigames, “as well as a collection of substories cut from the original release.” Players can also play karaoke songs in English now.

Sega will also release a physical version of The Yakuza Remastered Collection on Feb. 11, 2020. The two-disc set will come in a special package featuring a red collectible case emblazoned with Kiryu’s dragon tattoo and a PlayStation 3-style case for Yakuza 5, which was previously only available digitally. Here’s a look at that physical package: 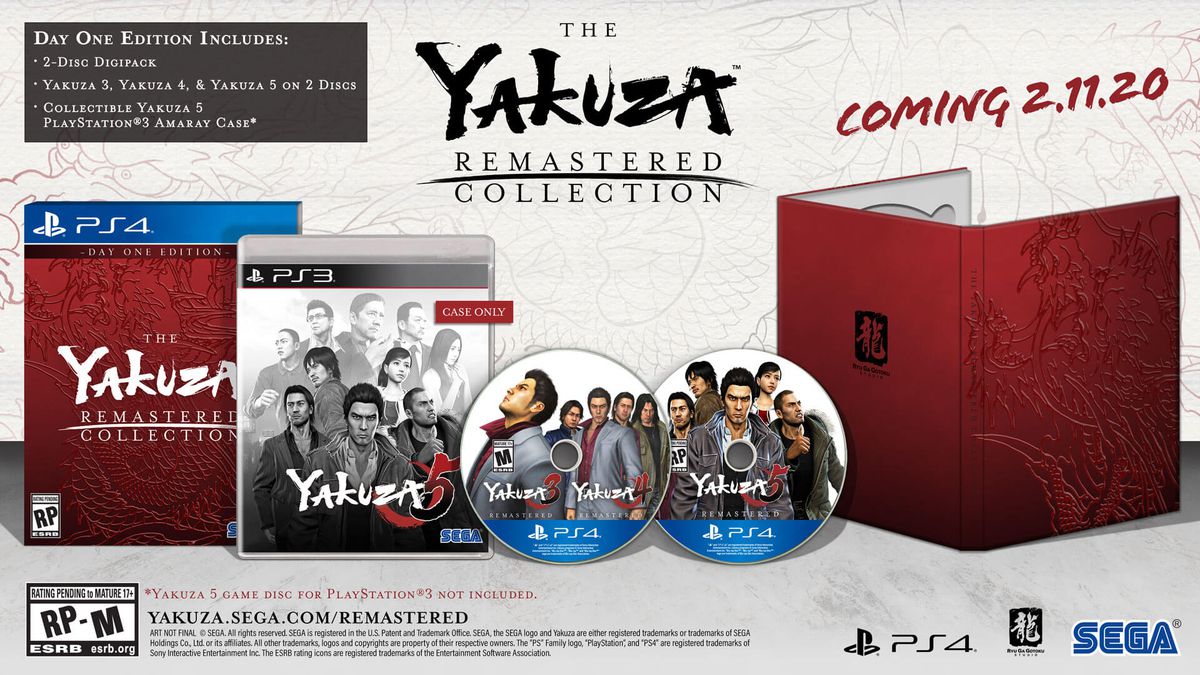