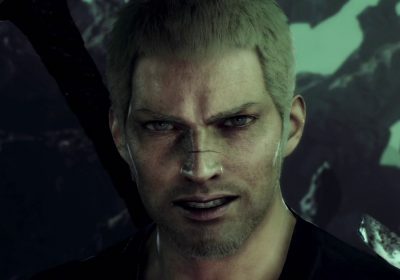 Ninja Gaiden and Nioh developer Team Ninja is making a new Final Fantasy spinoff game for Square Enix. Titled Stranger of Paradise Final Fantasy Origin and pitched as “a bold new vision for Final Fantasy,” the game is scheduled to launch in 2022 on PlayStation 4, PlayStation 5, Windows PC, Xbox One, and Xbox Series X.

Stranger of Paradise Final Fantasy Origin appears heavy on action. In the game’s E3 2021 reveal trailer, we see a trio of Warriors of Light battling a variety of creatures and enemies, and, ultimately, the evil knight Garland from the original Final Fantasy. Square Enix’s official description of the game reads: “Jack and his allies, Ash and Jed, burn with resolve to defeat Chaos as they throw open the gates to the Chaos Shrine. Yet doubts remain—are they truly the Warriors of Light the prophecy foretold?”

A trial version of Stranger of Paradise Final Fantasy Origin will be available on PlayStation 5 through June 24.