Tekken 7’s new fighter is the prime minister of Poland 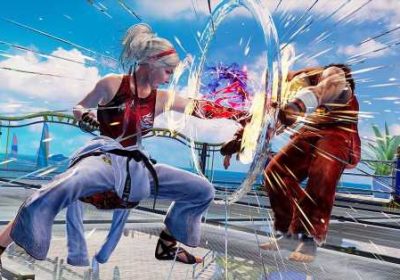 Tekken 7’s newest character is an original one: the ass-kicking prime minister of Poland. No, not Mateusz Morawiecki, Poland’s current real-world prime minister, but Lidia Sobieska, a fictional karate master/politician. She’s coming to the Tekken franchise this week as downloadable content for Tekken 7.

Lidia has found herself entangled in the King of Iron Fist tournament thanks to the meddling of the Mishima Zaibatsu, longtime Tekken antagonist Heihachi’s multinational conglomerate, in her native Poland, according to her official bio:

Lidia has always been an upright and resolute woman. She believes that justice requires absolute power, which is why she has shown great interest in karate from a very young age. The loss of her father stoked her interest in the family tradition of politics. Lidia showed great qualities in both areas, entering and winning her first karate world championship at 18, and more recently being one of the youngest rising stars in the Polish political arena. The war started by the Mishima Zaibatsu is greatly affecting Poland and she is committed to settle the situation with her own fists.

Lidia fights using karate, so fans of fighters like Mokoto from Street Fighter or Hitomi from Dead or Alive will feel right at home with her. She’s included as part of Tekken 7’s season 4 pass, as is the game’s new Island Paradise stage. Both add-ons will launch officially on March 23.

You can see Lidia in action (on the Island Paradise stage) in her launch trailer below.