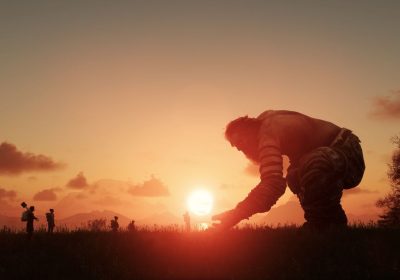 Each year, the awards show brings together the who’s who of the video games world to celebrate, you guessed it, video games. What results is a marathon of a show that smashes together new game announcements, live musical performances, and cameos of celebrities that supposedly care about video games.

Still, the 2021 Game Awards managed to be the biggest show yet. No! We aren’t referencing the length of the show (the pre and main show ran over three hours) or the number of people in attendance (it was in-person again this year).

What we mean by “biggest yet” is that there were quite literally a ton of giants shown throughout the games. Behemoths, kaijus, whatever you want to call them, they were there! So Polygon decided to make a list of them — here are all of the giants showcased at The Game Awards, organized by how big they looked in the trailers.

WB Games and Rocksteady Studios showed off this behemoth terrorizing the city in new gameplay from Suicide Squad: Kill the Justice League. I’m not sure if it’s a giant robot spaceship or a singular monster. Regardless, it gets top entry on this list since it’s literally the size of an entire city.

2. The Conqueror of the Stars, General Radahn, from Elden Ring

We got a new lore trailer for Elden Ring. It showed this guy, The Conqueror of the Stars, General Radahn with luscious, long locks and two very big swords. His body is big, but his hair is bigger — leading us to award him the number two spot.

While the giant in the new Senua’s Saga: Hellblade 2 gameplay video wasn’t the largest we saw last night, it wins bonus points for looking creepy. The clip showed Senua and others trying to take it down with fire, to no avail.

4. Nightingale showed us a peaceful(?) giant

Nightingale is a new survival game set in a fantasy Victorian era from Improbable’s Edmonton studio. Instead of making us fight against a giant boss, we got to see a peaceful moment between human and giant. Although later we see a giant destroying a settlement, so maybe there was some sort of falling out.

As turns out, Tiny Tina isn’t always so tiny. A new story trailer for Tiny Tina’s Wonderlands showed the witch blown up to gigantic proportions. She’s so large that all the characters look like mere figurines.

6. Will Arnett next to Ashly Burch

Actors Will Arnett and Ashly Burch attended the awards show to share the new trailer for Tiny Tina’s Wonderland. According to Celebheightwiki, Will Arnett is 6 feet 2 inches tall, but he looks much taller standing next to Burch. He might as well be a giant.

7. This bearded giant in Cuphead’s DLC

Studio MDHR finally gave us a release date for Cuphead’s DLC, The Delicious Last Course. The developers promised new fights against giant bosses that take up a lot of screen in the DLC — and it looks like it’ll deliver.