A listing for what appears to be the next Tom Clancy’s Ghost Recon game leaked through Ubisoft’s own online store earlier today. Ghost Recon Breakpoint is the game’s name. The release date is said to be Oct. 4, for PlayStation 4, Windows PC and Xbox One.

According to an earlier, and since-removed post on the Ghost Recon subreddit, Ghost Recon Breakpoint features the character Cole D. Walker — introduced in last week’s Operation Oracle update for Ghost Recon Wildlands — in charge of an army of weaponized drones. 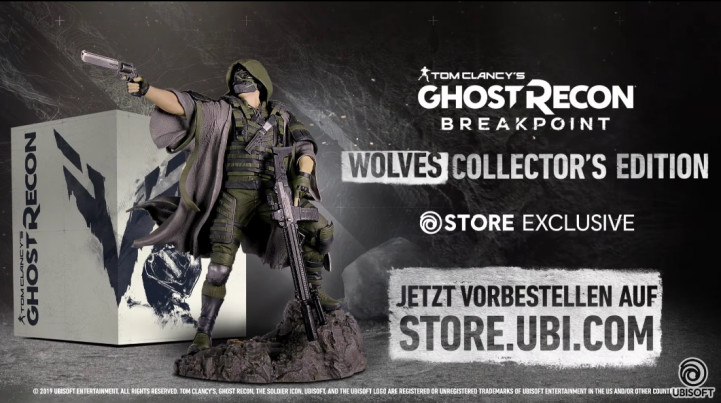 The post — which the subreddit’s moderators elected to take down for a host of reasons — called Breakpoint a “story-driven four-player experience” like 2017’s Ghost Recon Wildlands.

The store link, in German, was for a collector’s edition of the game featuring a statuette of cloaked fighter brandishing two firearms.

Polygon has reached out to Ubisoft to ask for comment on this leak. The game’s official Twitter account told fans to tune in tomorrow at 2:30 p.m. EDT/11:30 a.m. PDT for a full announcement.