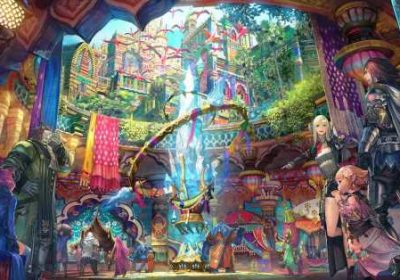 Final Fantasy 14 has been shattered before, but not by its own players. Droves of new and returning players are flooding the MMO’s servers, resulting in lengthy queue times and even a brief period where the digital version of the game went out of stock.

This leap in popularity is both unprecedented and unexpected. It’s abnormal for an MMO to see a spike in players during the lull between the last major content patch and the upcoming expansion. (For Final Fantasy 14, that’s the highly anticipated Endwalker.) Usually, this is when players fizzle out, take breaks, or swap to another MMO. It turns out, this is precisely what’s happening, but in the other direction: Disillusioned World of Warcraft fans are making the switch to Final Fantasy 14 en masse.

Despite Blizzard’s MMO updating to a new patch, featuring a new area and a new raid, less than a month ago, World of Warcraft players are unhappy. Many cite the game’s long, eight-month wait before its most recent patch and the subsequent narrative payoff of an easily predicted cliffhanger. But WoW players have expressed frustration with Blizzard’s storytelling for years, a sentiment that has overlapped with Final Fantasy 14’s player base fawning over the narrative arc of Shadowbringers, that MMO’s previous expansion.

Others simply followed in the footsteps of many of the game’s most popular content creators, including Twitch streamer Asmongold, making the swap from Azeroth to Eorzea. Asmongold himself brought in over 200,000 viewers — and many griefers — watching along with him as he made a character and rampaged through the game’s early storyline. As is the case for a lot of MMO players, when your game gets dull, you make like a hummingbird and zoom over to the next sweet thing.

The timing was ripe, because while Square Enix prepares for Endwalker’s November launch, it has made several improvements to Final Fantasy 14’s new-player experience and maintained steady content updates and events during the pandemic. Anyone trying to power through the sometimes bland A Realm Reborn story can now do so with the aid of flying mounts, and experienced players won’t miss hunting for trading cards at Target as they safely collect in-game cards for a unique mount. And even if you’re on the fence about it, the game’s free trial offer is an unavoidable meme. Add to that the upcoming addition of bunny boys (which you can make right now using a free benchmarking tool on PC) and a trip to the moon, and it’s easy to see why World of Warcraft players might swap to a game showing more promise for the future.

And it shows. Final Fantasy 14’s active population has trended upward in the last year, according to SteamDB (which only tracks the subset of the player base that chooses to play via Valve’s storefront). On Steam alone — FF14 is also available on PlayStation 4 and PlayStation 5 —the game broke its concurrent player record with 47,000 players in early July, and did it again with 67,000 players just last week. Add to that the 22 million registered players that Square Enix announced in April, and you have several giant whales’ worth of players now. These numbers resulted in game director Naoki Yoshida publishing an open letter on Tuesday explaining how the team plans to reduce wait times and overall server congestion, including kicking players offline for standing AFK for too long.

“Final Fantasy 14 is currently experiencing a dramatic increase in its player base,” Yoshida wrote. “This increase is not only limited to the global version (served by the Japanese, North American, and European data centers) but also the locally operated Chinese and Korean versions as well. Recently, we have experienced record user numbers in all regions, with a vast amount of new players beginning their adventures.”

Final Fantasy 14’s skyrocketing success is hard to attribute to any one thing. MMO sentiment has been shifting toward its favor for a while, especially as games like World of Warcraft have put extra effort in storytelling lately, making the comparison a lot easier to consider — for better or for worse. Maybe it’s a growing distrust in Blizzard’s ability to tell those stories, or maybe it’s an interest in trying a game that’s described as a solid JRPG with community mechanics versus a traditional Western MMO that is causing people to swap over. Maybe none of this will last. Either way, players have decided that for now, Final Fantasy 14 is the place to be.