Yakuza 7 will be a turn-based RPG

Sega officially revealed the next game in its Yakuza action game franchise on Thursday and delivered a surprising twist: Yakuza 7 is ditching beat-’em-up action for turn-based role-playing game mechanics.

Yakuza 7: Whereabouts of Light and Darkness, as it’s known in Japan, will bring with it other big changes. The main protagonist is Ichiban Kasuga, a yakuza who spends 18 years in prison after taking the fall for his boss’ crimes. After being abandoned by his clan — and after his boss, Masumi Arakawa, attempts to murder him — Kasuga finds himself in Yokohama, the setting of Yakuza 7.

You can watch the Japanese-language trailer for Yakuza 7 above. Below, a peek at the new combat system: 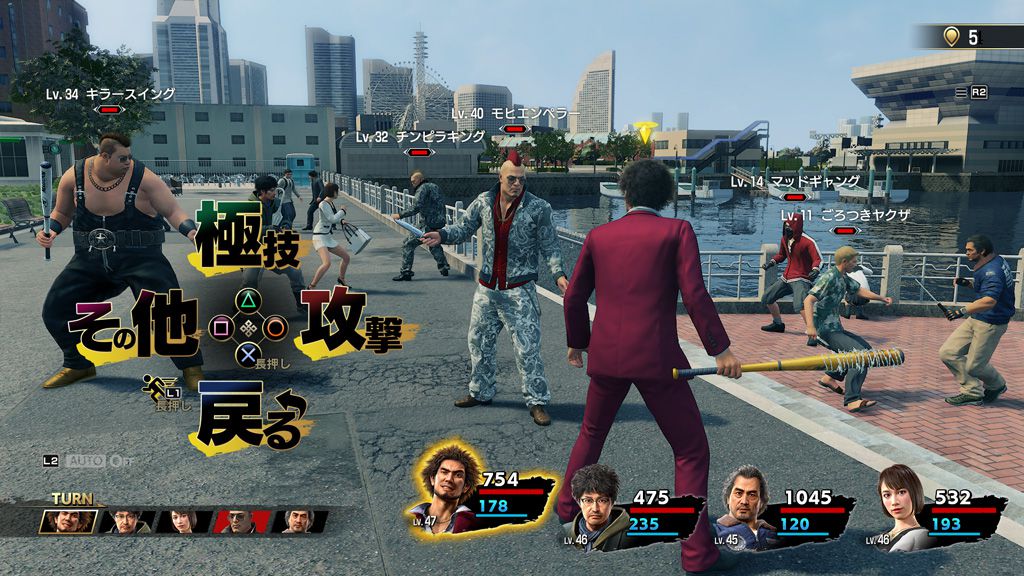 (Amusingly, Sega first showed off Yakuza 7’s turn-based battles back in April, in what was widely assumed to be an April Fool’s Day joke.)