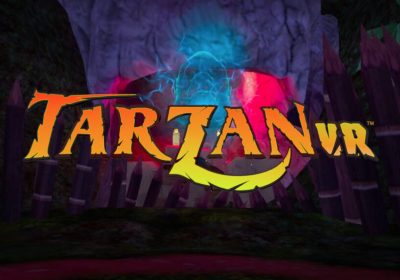 Today sees the launch of Tarzan VR, bringing the iconic comic book character to life inside virtual reality (VR) for Oculus Quest. An episodic adventure told over the course of three chapters, if you’ve been interested in picking the title up then take a look at VRFocus’ latest gameplay video showcasing an early section of the videogame.

Tarzan VR originally launched last year as a project between Fun Train (The Exorcist: Legion VR) and Stonepunk Studios (Primordian) for SteamVR headsets. For the Oculus Quest edition, Fun Train brought in the talents of Steel Wool Studios (Five Nights at Freddy’s VR: Most Wanted) to ensure a perfect fit for the comic book caper.

As you’ll see in the gameplay video, Tarzan VR’s art style works well on the standalone headset and so does the gameplay, being able to freely swing through the treetops, climb trees or fight the mercenaries invading his jungle home. All of Tarzan VR’s gameplay is designed to be fairly physical, punching enemies, actually having to swim underwater and swinging your arms to run.

While each chapter will continue the main narrative each one will introduce new elements. Episode 1 for example features the “Mighty Axe” whilst in the second instalment, it’s all about the slingshot. Plus, as this is an officially licensed videogame there are plenty of easter eggs to find such as audio recordings from the 1950’s live-action instalments.

In its SteamVR review of Tarzan VR VRFocus said: “Much like the comic books it’s based around, Tarzan VR is a light affair that can be easily consumed in stages. The action isn’t too particularly tough, and the enemies aren’t at all clever but the overall experience is enjoyable enough for a couple of hours.”

Unlike the SteamVR launch which saw Tarzan VR released episodically, the Oculus Quest version will contain all three chapters (Episode 1- The Great Ape, Episode 2- The Jagged Edge and Episode 3- The Dead of Night) for $24.99 USD. For further updates on Tarzan VR including the PlayStation VR version, keep reading VRFocus.