Adults in US & Canada can Now Step Into Horizon Worlds 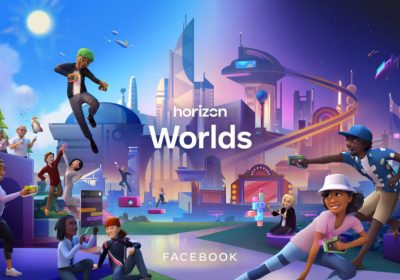 It’s been a long time coming but finally, Meta is beginning to open up its social platform Horizon Worlds to more users, whilst still being careful about who it welcomes in. Today, the company has opened the doors to its virtual reality (VR) metaverse for those in the US and Canada who are 18+.

Originally Facebook Horizon before the big rebranding this year, Horizon Worlds was only previously accessible via an invite-only beta Meta launched last year, building a community of creators to fill the digital platform with worlds upon worlds. This is being aided with the launch of a $10 million USD creators fund, encouraging users to enter competitions to win cash prizes of up to $10k.

Whilst it’s understandable that Meta has been cautious in allowing too many people into Horizon Worlds before it’s ready, the platform also needs more users to bulk out the content available. Over on the Oculus Blog today some of that progress has been detailed such as a team-based 3v3 laser tag experience called Arena Clash. The social world now makes use of the new Oculus Avatar system, ensuring your avatar can be used across all of Meta’s VR services.

Horizon Worlds already had a fairly robust selection of tools for creators to build with but more are continually being added. New mechanics, templates and the ability to modify working scripts have been added so creators can build their own games. They don’t need to build alone either – this is a social platform after all. Up to four people can collaborate on a world at the same time, with edits synchronised between them. So grab a few friends and get building.

However, the announcement today isn’t all good news for those interested in seeing Horizon Worlds in action. Meta has confirmed that support for the original Oculus Quest headset will be dropped. It’ll end on 13th January 2022. Meta Quest 2 users in the US and Canada can freely download the social platform from today.

There’s no word on when this Horizon Worlds 18+ policy will be rolled out to other territories, an important consideration as Meta tries to foster a worldwide audience of creators and users. As further details of Horizon Worlds continue to be released VRFocus will keep you updated.