Picture this: the year is 2005, and you and your best friends have wheeled your PC towers into one stuffy basement room, hooked them up to one another, and are set to begin your LAN party in earnest. What games are on tap? Probably some DotA. Probably some Unreal Tournament 2004. And, very likely, the newest strategy game in the timeless Age Of Empires series, Age Of Empires 3.

In fact, it’s that last game that, if you’re anything like me, you’re going to play the most of, well into the early morning.

Developed by Tantalus Media and Forgotten Empires, Age Of Empires 3: Definitive Edition seeks to take us back to 2005, when the original game’s graphics and new 3D engine were blowing us away and its gameplay offered exciting new strategic potential. It largely succeeds in this goal – the only question remains, in 2020, is it still worth playing Age Of Empires 3? 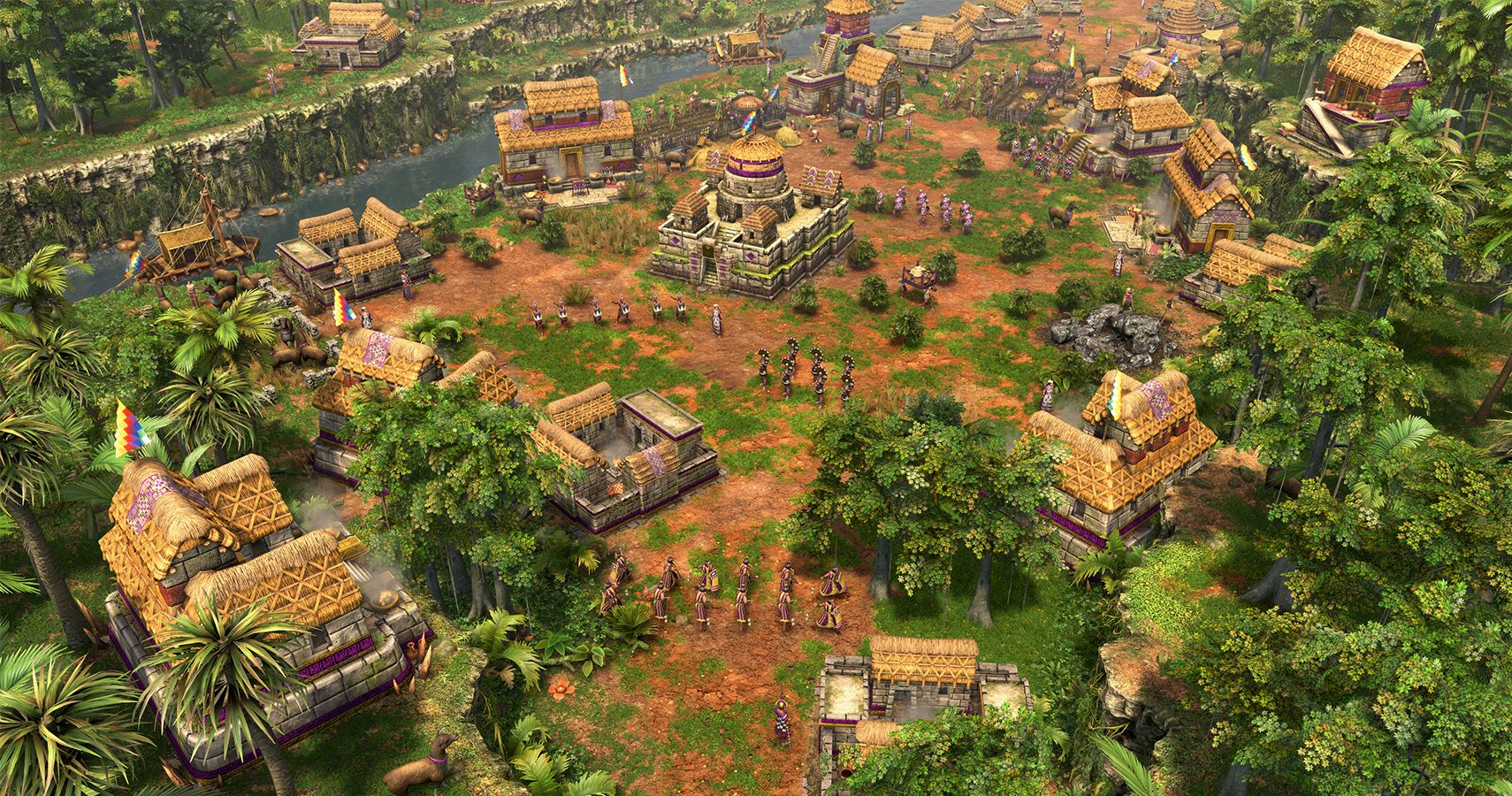 Age 3 was a smash hit when it first released in 2005, as were its expansions, The War Chiefs and The Asian Dynasties. It took the classic Age Of Empires formula – gather resources, advance through the ages to unlock more powerful technologies, defeat your opponents with rock-paper-scissors unit match-ups – and modernized it, streamlined it. No longer do you need to worry about four different resources; now there are just three. Villagers no longer need to haul their resources back to a drop-off point; they just stay where they are, sending a trickle of resources into your coffers automatically.

What set Age 3 apart from its predecessors, other than a shift in era, is the Home City mechanic. During a game, your Home City would periodically send you shipments of useful items, decided on from a “deck” you built between games. Each session earned you experience that you put towards buying better cards for your decks, or even unlocking cosmetics for your Home City.

Overdue Updates, 15 Years In The Making 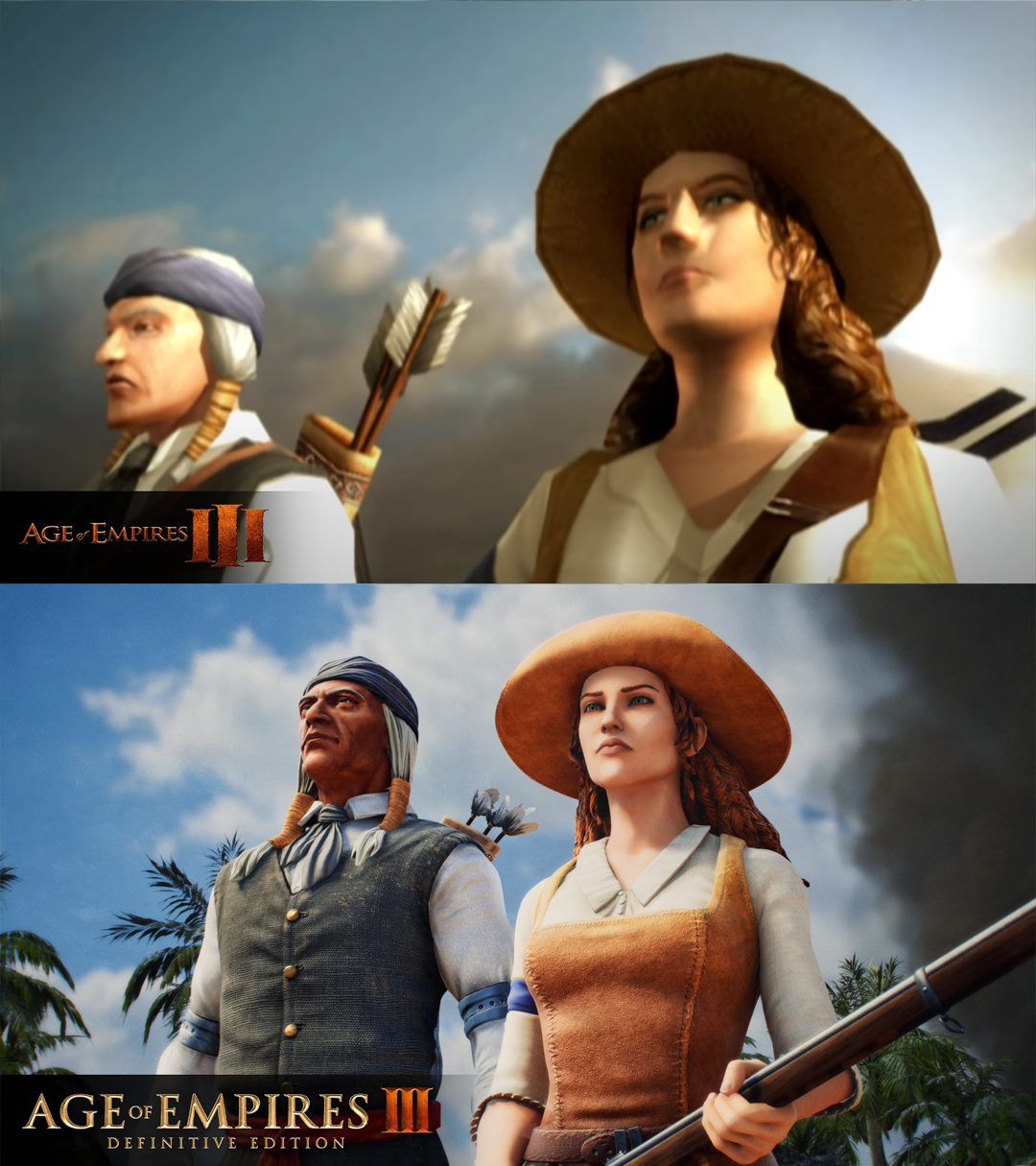 The first thing players will notice upon booting up Age Of Empires 3: Definitive Edition are the updated graphics. Just as the original game was groundbreaking for its time, so too is the Definitive Edition. Sunlight glints off of waves, cascading on the beaches of South Carolina; smoke billows out of the chimneys of manor houses and factories; musketeers appropriately ragdoll-ize the moment they’re struck by heavy cannon fire.

The next thing that’s immediately apparent is the significantly streamlined UI. Previously, the UI took up about 25% of the screen; now, everything is tucked away into corners, out of the way.

There are other welcome cosmetic changes, mostly there to more faithfully represent the Native American civilizations. What were the Iroquois are now the Haudenosaunee; the Sioux are now the Lakota. In a similar vein, the “Colonial” Age is now the “Commerce” Age, and the “Discovery” Age is now the “Exploration” Age; what were plantations are now referred to as estates; and so on.

The game’s mechanics remain largely untouched, with one major exception – no longer do you need to earn XP towards unlocking new “cards” for your Home City. Every card is available for you to build a deck with, right from the start, regardless of Home City level. The only thing XP does is allow for cosmetic changes, like adding jugglers or drunkards who toss and stumble around your empty streets. 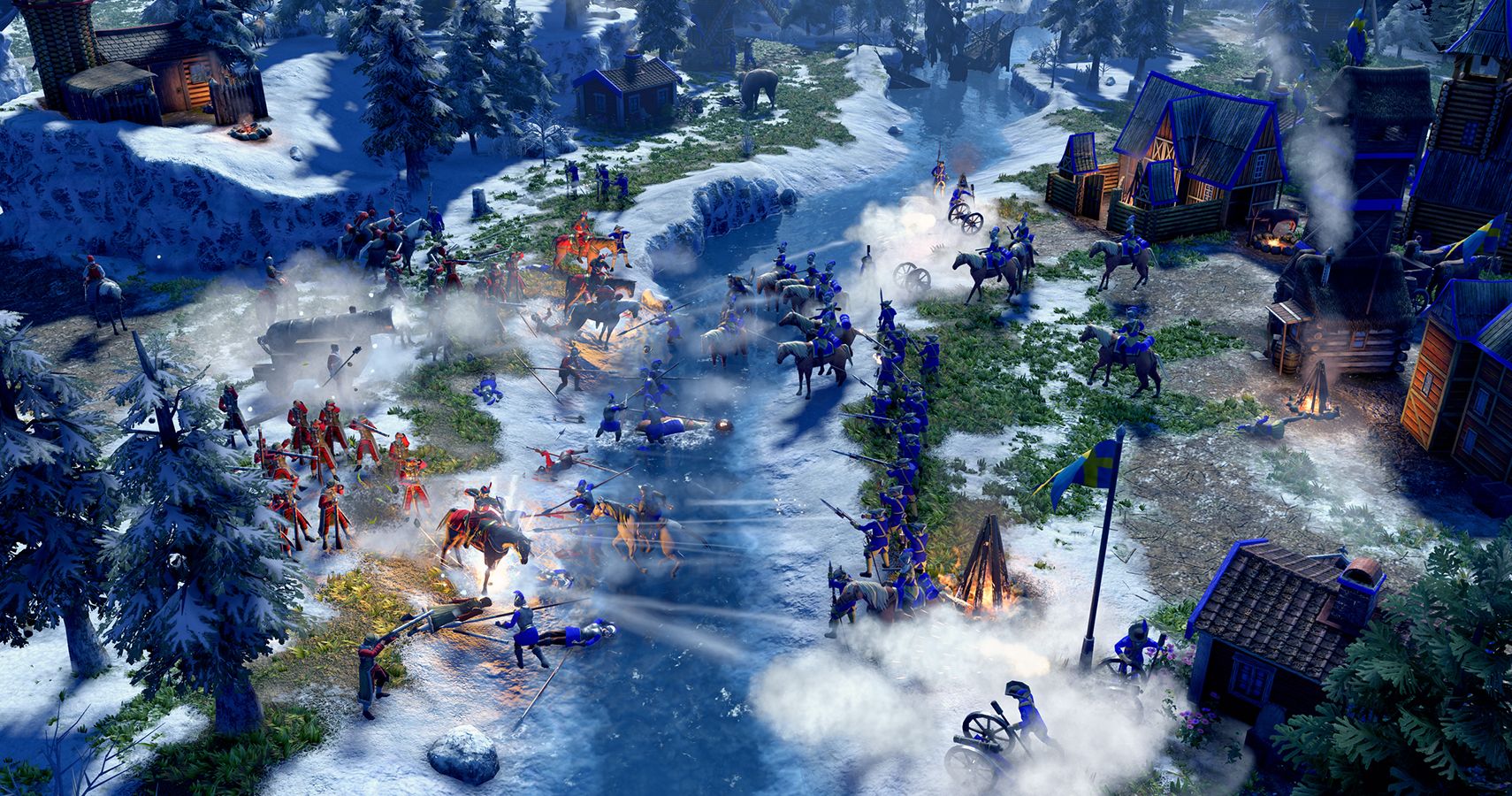 Here’s the thing. There simply aren’t many games like Age Of Empires 3: Definitive Edition on the market today, besides Age Of Empires 2 and Age Of Empires 1’s own Definitive Editions. For those players who already own the previous entries in the series, the decision to purchase Age 3 will largely depend on where the multiplayer community ends up, and right now it’s hard to say where they’ll flock to. For those looking for a classic real-time strategy experience with modern graphics, Age 3: DE is a great choice. Be warned if you later decide to try the other games in the series; starting with Age 3 and trying Age 2 or 1 later feels, in many ways (and for better and for worse), like going back in time.

Is there room for improvement of the basic Age Of Empires formula? No doubt. Modern strategy games largely streamline the resource gathering even further than Age 3 did; the blunt rock-paper-scissors style unit match-ups are largely done away with in favor of more tactical options. Let’s just hope that Age Of Empires 4, whenever that appears, takes these considerations to heart – just not too much.

While people will mostly play Age Of Empires 3: Definitive Edition for its multiplayer component, its single-player content is no slouch. In addition to the three original campaigns, there is a new series of short tasks designed to get new players into the multiplayer headspace faster, in addition to well-fleshed-out historical battles. There is a scenario editor included, as well, so we’re bound to see some fan content for the game in due time.

All in all, Age Of Empires 3: Definitive Edition is still a solid game. Its single-player content will last you over a dozen hours, and its multiplayer matches will last you several dozen more. While there is no longer that drive to farm XP for updates your Home City, the game itself is good enough that you’ll be coming back for rematches time after time.

A copy of Age Of Empires 3: Definitive Edition was provided by Microsoft for the purposes of this review. 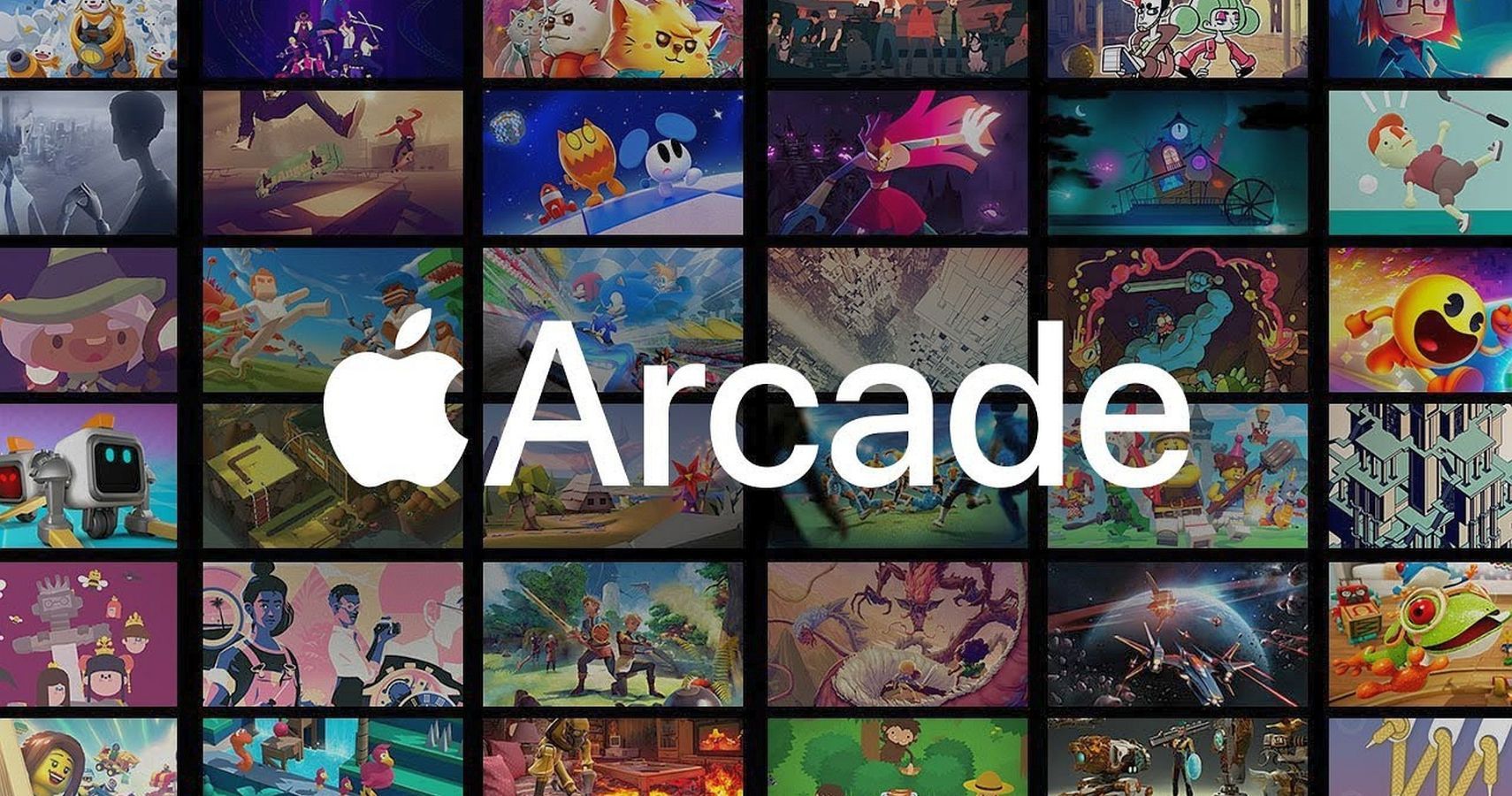 Patrick Sklar is the Managing Editor at TheGamer.

He’s written previously for Screen Rant, Comic Book Resources, and The Escapist, among others, and has edited a handful of sci-fi literary journals. He is a graduate of John Abbott College’s Liberal Arts program.

Patrick is a reader, writer, editor, and game-player based in Montreal, Canada. He’s been an egg flipper, casino banker, bookseller, honest-to-god telephone sanitizer, and now works as an editor for Valnet, Inc. His passion for language inevitably led him to a career of telling people when they’re doing it wrong.

His favourite games include Netrunner (a two-player, asymmetrical, cyberpunk, heist competitive card game wherein one player plays the hacker, or Runner, and the other is a Corporation trying to keep its servers secure), World Of Goo, Mass Effect 2, Metroid Prime, and Donkey Kong Country 2.

Weekend Hot Topic, part 2: How has the pandemic changed gaming?

What Zelda: Breath Of The Wild 2 could learn from Genshin Impact