Aliens: Fireteam Elite gets the feel of Aliens right 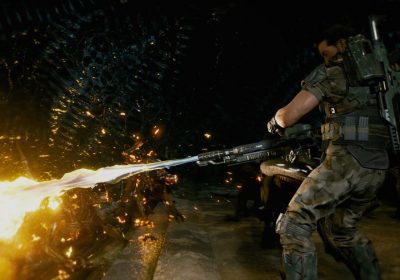 Aliens: Fireteam Elite has two things going against it. First, it’s a Left 4 Dead-style game in a year packed with Back 4 Blood and other similar titles. Second, it’s a game based off of the Alien franchise, a series with an exceptional debut film that has offered diminishing returns for over 40 years.

Aliens: Fireteam Elite isn’t going to blow Left 4 Dead and Vermintide fans away. And it’s not going to be the rare exception to the “Alien games are bad” rule, like Alien: Isolation. But in a preview for Aliens: Fireteam Elite, the game really surprised me in how much it nails the feel of James Cameron’s 1986 sequel to the original film.

What is Aliens: Fireteam Elite?

In space … there are a shitload of aliens
Image: Cold Iron Studios/Focus Interactive

In Aliens: Fireteam Elite, I pick one of four classes, group up with two friends, and dive into a chapter of a three-part campaign.

When we load in, we stroll through hallways packed with aliens. They pop out of vents. They linger in corners. Some are standard aliens, while others are variants that spit poison at you, leap on you to pin you down, or stomp toward you unshaken by your bullets.

Each of the three missions I played had the same basic structure. My team and I moved through hallways clearing aliens. We investigated something in a large room while fighting off a horde. And then, to end the mission, we set up some defenses and held off an area until it was time to leave.

There were variants to each of these missions — some arenas were more fun to defend than others, and for one mission we had an NPC following us — but after a couple hours, the game started to feel bland. I could see myself playing through this entire game with a group of pals, but I don’t think it’s a coincidence that Fireteam Elite started to get stale about two hours and 17 minutes in — the exact runtime for Aliens.

Aliens move fast, and you’ll need to shoot them out of the air and off the walls to keep yourself safe
Image: Cold Iron Studios/Focus Interactive

I walked up and opened a crate full of goodies at least once in every mission I played. It usually contained some combination of sentry turrets, mines, or some kind of buffing gadget. All of my turrets had ammo counters over their heads, and as long as my team had gadgets out to protect us, the horde was pretty easy to manage on a standard difficulty. My team and I would set up our defenses and hit a big button to send in the baddies.

The end of the game’s first mission had me and my team holding out for an elevator to arrive. Things were going well until our first turret went “click,” signifying it was out of ammo. Then the next turret went down, and the turret after that. Out of sheer persistence, the aliens had overwhelmed our impressive defense. And with 10 seconds left on the clock, all I had left to defend myself with was the kickass Smartgun attached to my hip. When the boss alien was charging toward us, the elevator doors opened behind us and we stepped backward, ending the level in the nick of time.

It felt exhilarating, like watching the Space Marines barely hold out against an onslaught of murderous aliens in the movie. It was something special that happened in a game that had otherwise felt like something I’ve played a dozen times over.

I’m concerned about Aliens: Fireteam Elite’s lack of variation, since it needs to stay tense and interesting over many hours as I level up my different weapons and classes. But a single, entertaining, scream-worthy moment as my teammates and I struggled to reach safety is promising for a multiplayer shooter. With games like Left 4 Dead, Vermintide, and now Aliens: Fireteam Elite, I don’t remember my fifth time through a mission — I remember the individual moments that make each mission unique.