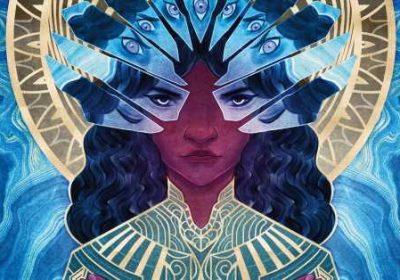 Magic: The Gathering’s latest set of cards lifts the curtain on an all-new setting called Strixhaven: School of Mages. The centerpiece of this academic plane of existence is called the Mystical Archive, a library that holds a record of every spell ever cast. Now publisher Wizards of the Coast is expanding the stacks just a little further: Its newest Secret Lair drop adds six more spells to that collection, and fans can order their own set starting April 26.

Polygon has the exclusive reveal of those new cards below, which will be available in regular ($29.99) and foil ($39.99) versions. Plus, we wrangled an interview with Tom Jenkot, senior creative art director in charge of the release.

Wizards’ Secret Lair initiative started in 2019, with the goal to get cards with luxurious alternate art into the hands of collectors. Secret Lair sets are only available for about a month, and during that time anyone can place an order. Quantities are limited on a per-customer basis, but the cards are printed on demand so everyone can get what they want.

In the past, Wizards has used Secret Lair as a platform to explore different art styles, or to celebrate people and cultures within the Magic community. This time, Jenkot and his team are taking the opportunity to showcase new artists — and to continue an experiment in how Magic cards themselves are designed and made.

Trading cards are an unusual canvas to work on, and Magic: The Gathering cards in particular present unique design challenges. There’s the big, bold art up top that oftentimes takes up less than half of the surface of the card. Then there’s the text below, indicating how the card will function in the game.

Wizards has played at blending these two spaces together over the last several years. The result is an expanded canvas for artists, who are more able than ever before to show off their talents in miniature. You can see examples of that evolution in the gallery below.

This new, experimental design started with the Throne of Eldraine set, Jenkot told Polygon. That playful collection of cards was inspired by Grimms’ fairy tales, and many of them featured storybook characters in unusual situations.

But they also introduced changes to the border of the cards, integrating it with the block of text at the bottom. These high-fantasy treatments featured a tooled design, and the Adventure keyword mechanic introduced the shape of an open book at the bottom of the card.

The experiment continued to evolve with each new set that followed. Theros: Beyond Death introduced new, mythical heroes rendered as elaborate constellations that spanned the full length of the card. The text box became partially transparent, allowing the art to pass through. Then came Zendikar Rising, which added sharp, crystalline corners at the edges of the card. That vignette effect helped to expand the graphical field of the card, without distracting from the necessary text on the bottom half. Then came Kaldheim, which had strong, knotwork edging reminiscent of wood block prints.

“These [techniques] give us an ability to create these gorgeous moments where the frame and the art kind of merge,” Jenkot told Polygon. “We like to think of it as more of a card treatment than just a frame design. It’s the art and the frame coming together.”

With Strixhaven, the design team created a strong yet brief style guide to share with freelance artists. To represent the Mystical Archive, artists were asked to create cards inspired by European illuminated manuscripts. There would be strong graphical elements, including circles and crowns to draw attention to key elements of each image.

“We received so many interesting compositions,” Jenkot said, “just kind of pushing and pulling on [those rules], this abstract idea of what something could be, how something [in the world of Magic] could be depicted.”

The result, Jenkot said, is one of the strongest cycles of cards that the company has ever produced.

Beyond making cool cards that no one has seen before, what the Secret Lair represents to Jenkot is an effort by Wizards to open its doors to more artists than ever before. He said that his team is constantly looking for new talent, and submissions remain open at [email protected]

“If you’re an artist, the other thing I’d love to say is just do your own style,” Jenkot said. “There’s a spot for you. Where working on a Magic main set used to be [more restrictive] — this is your style if you’re working on this — now there’s a lot more opportunity for different styles.”

Collector Boosters will include at least three, and potentially more, cards from the Mystical Archives — a set of cards drawn from throughout the history of Magic: The Gathering.