Home » Reviews » As A Mass Effect Newbie, I’m Appreciating It More Than I’m Enjoying It

As A Mass Effect Newbie, I’m Appreciating It More Than I’m Enjoying It 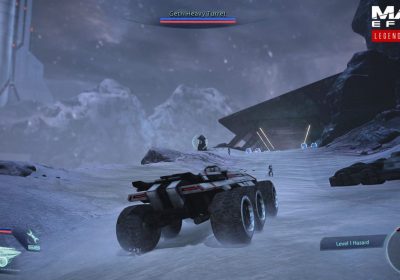 Before the release of Mass Effect Legendary Edition, the energy around the TG office and all across the internet was electrifying. Though there hasn’t been a Mass Effect game in over four years — and Andromeda itself had a mixed reception — the Mass Effect fandom has never faded. Mass Effect is one of the most beloved video game series of all time thanks to its dynamic characters, engaging story, and meaningful roleplay experience. As someone who never played any of the Mass Effect games growing up, I’ve been getting a contact high from my friends and colleagues for the past few months in anticipation of the release of the Legendary Edition. Now that it’s here, I can totally see what everyone loves about these games. Unfortunately, without the benefit of nostalgia, I’m also struggling to stay engaged with it. As a first-timer, the story beats and character relationships are hitting me full force, but the moment-to-moment gameplay is hurting the experience much more than it would have all the way back in 2007.

Even without a new coat of paint and a handful of quality-of-life updates, the Mass Effect trilogy holds up in a lot of ways. When the story begins, the stakes are already astronomically high. Shepard is sent on an important mission that will determine the efficacy of the human race to the Citadel Council. Of course, everything goes wrong. An agent of the Council is assassinated by a traitor, a cosmic threat makes itself known, and Shepard receives a cryptic warning from an ancient civilization that sets him on the familiar path of the chosen one. It’s an opening sequence that handles character, theme, and narrative introductions as well as any major sci-fi franchise, and it sets a thrilling pace for the rest of the game. As the plot progresses through the campaign and you meet and befriend new crew members, the game presents a rich tapestry of different societies and intergalactic politics. The choices you make along the way feel meaningful, and while the relationships may be a bit more flimsy in the first game than its sequels, it still sets the stage for romances and friendships that fans of Mass Effect adore.

I’ve been sufficiently moved by all of those elements of Mass Effect, but I’m also struck by the element of these games that no one really talks about: the actual gameplay. This may sound hyperbolic to lifelong Mass Effect fans, but the combat and level design in the first Mass Effect is some of the worst I’ve ever seen in a third-person shooter. While each planet has a unique visual identity and fascinating story, the levels themselves are an absolute chore to get through. Every exploration segment is nothing more than a hallway shooter — literally, because every level is just a series of long, boring hallways. At several points, the game actually just copies and pastes sections of the level from one area to another, such as the back-to-pack bunkers on the beaches of Virmire. The cover system is clunky, the weapons are uninteresting, and the enemies don’t even react to being shot at. Despite how engaged I was with the plot of the first Mass Effect, I nearly bounced off the game because I was so bored with the running and gunning. That’s not to mention the Mako, which is apparently improved, but still atrocious. 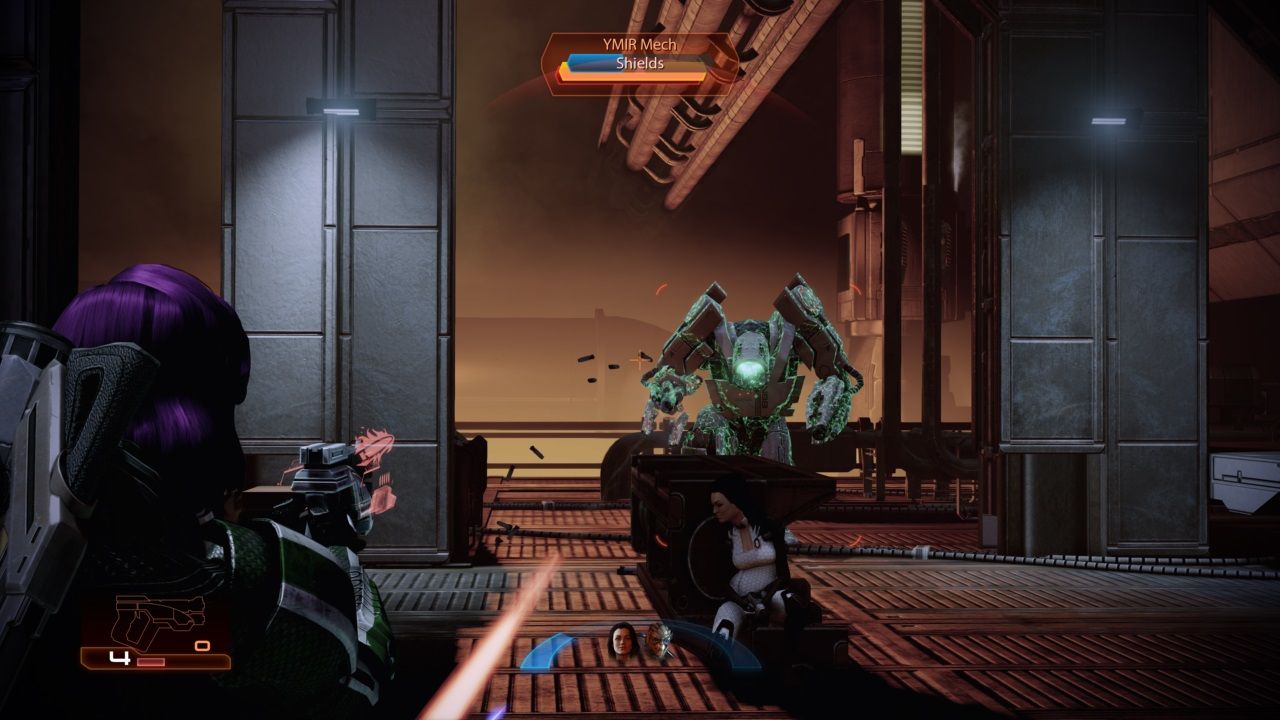 If I had played this game as a high schooler in 2007, I could definitely see myself being a lot more forgiving to the gameplay now. I understand that the remaster has made many significant gameplay updates to the weapons, cover system, and combat, but none of it feels like it was nearly enough to really modernize the game. There are tons of mechanics and systems in this game that felt so underdeveloped that I completely ignored them. I chose the Vanguard class because I thought biotic powers sounded cool, but the main offense abilities, throw and warp, were so clunky and useless that I just ignored them. Vanguard scales into pistol and shotguns best, but I found out immediately that the sniper rifle is by far the best gun and ended up using it in 90% of the combat encounters. I never directed either of my teammates to use their abilities because the navigation for those settings is terrible. I also never equipped myself or my teammates with better gear, never modded a weapon, and never bought a single thing from a vendor. You could say it was my choice to ignore all of those systems, but the game never incentivized me to engage with any of them, so I didn’t.

I’ve made my way through a decent chunk of Mass Effect 2, and I’ll admit that a lot of these problems have been smoothed out. It’s a lot easier to use abilities and to direct teammates to use theirs, and I’ve found there’s more variety to the weapons as well. Unfortunately, the level design hasn’t improved much. A lot of the hallways have been replaced with big, cover-filled arenas ala Gears of War, and the enemies still don’t react to being shot. The story is just as interesting as ever, and there’s more characters to get to know. I’m especially intrigued by the loyalty missions, but at the same time, the combat sequences are still pretty dull and derivative, especially by today’s standards. As timeless as the stories and characters are, I don’t think Mass Effect has aged very well as a game.

It pains me to say it, but I don’t think you can ever really experience Mass Effect for the first time now. As much as the remaster has improved things, it still isn’t enough to make Mass Effect feel modern. I’m so happy for the Mass Effect fans who have gotten the opportunity to revisit their favorite franchise, but for a newbie like me, the best you can get is a solemn appreciation for what Mass Effect was and what it meant to the game industry a decade ago. I appreciate it, but I don’t really enjoy it.