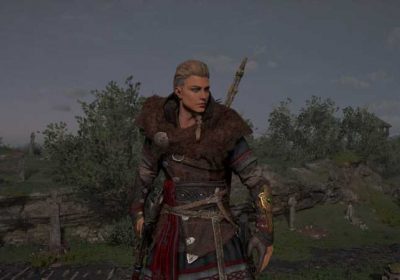 With the wind at your back and the sun perched high above you head, the Dublin of 873AD looks enormous. It’s not really that big – even in 2021, there are barely over a million people living in the capital of Ireland. And yet meandering paths wind between and around buildings, texturing the town in a way that prioritizes definition over breadth, density over broadness. You’re asked to find Ciara, poetess to the High King of Ireland, and are merely told she’s off getting scuttered somewhere – that’s Dublin slang for knocking back a few more than a few beers. There’s no quest marker, no clairvoyant path laid out ahead of you designed to distract your gaze from all the weirdness and wonders besides. You stroll through the city, curious and cognizant, and before you see any of the merchants and miscreants known for frequenting the market stalls, you hear sweet singing seconds before it becomes rowdy.

It wouldn’t be the same if the directions were different. I’d have spent ages looking at my minimap, or hammering a bumper to use some kind of sensory ability designed to steer me towards the right path. Instead I see people working, chatting, and falling over after getting even more scuttered than Ciara. I see an architectural style that accurately resembles 9th Century Dublin and how it is harmoniously juxtaposed with the nature surrounding it. Even the soundscape here is exceptional – as I mentioned in my Wrath of the Druids review, Norse and Gaels alike speak a sort of creole Scandinavian language with Gaeilge interspersed throughout it. This is all indicative of how powerful a sense of place can be in a world where games are often more concerned with space – it’s focused and concentrated as opposed to being unwieldy as a result of saturated artifice.

And this focus and concentration is conducive to cohesion. It is the antithesis of bloat, where scale is employed simply for the sake of it. A lot of people argued that Valhalla’s base game was bloated, which I agree with to an extent – I personally think it makes effective use of empty space as a means of evoking place by contrast, but I digress. Wrath of the Druids is far more spatially coherent than the base game preceding it, and I think a lot of that has to do with its insistence on having quest markers confiscated prior to reaching your destination. 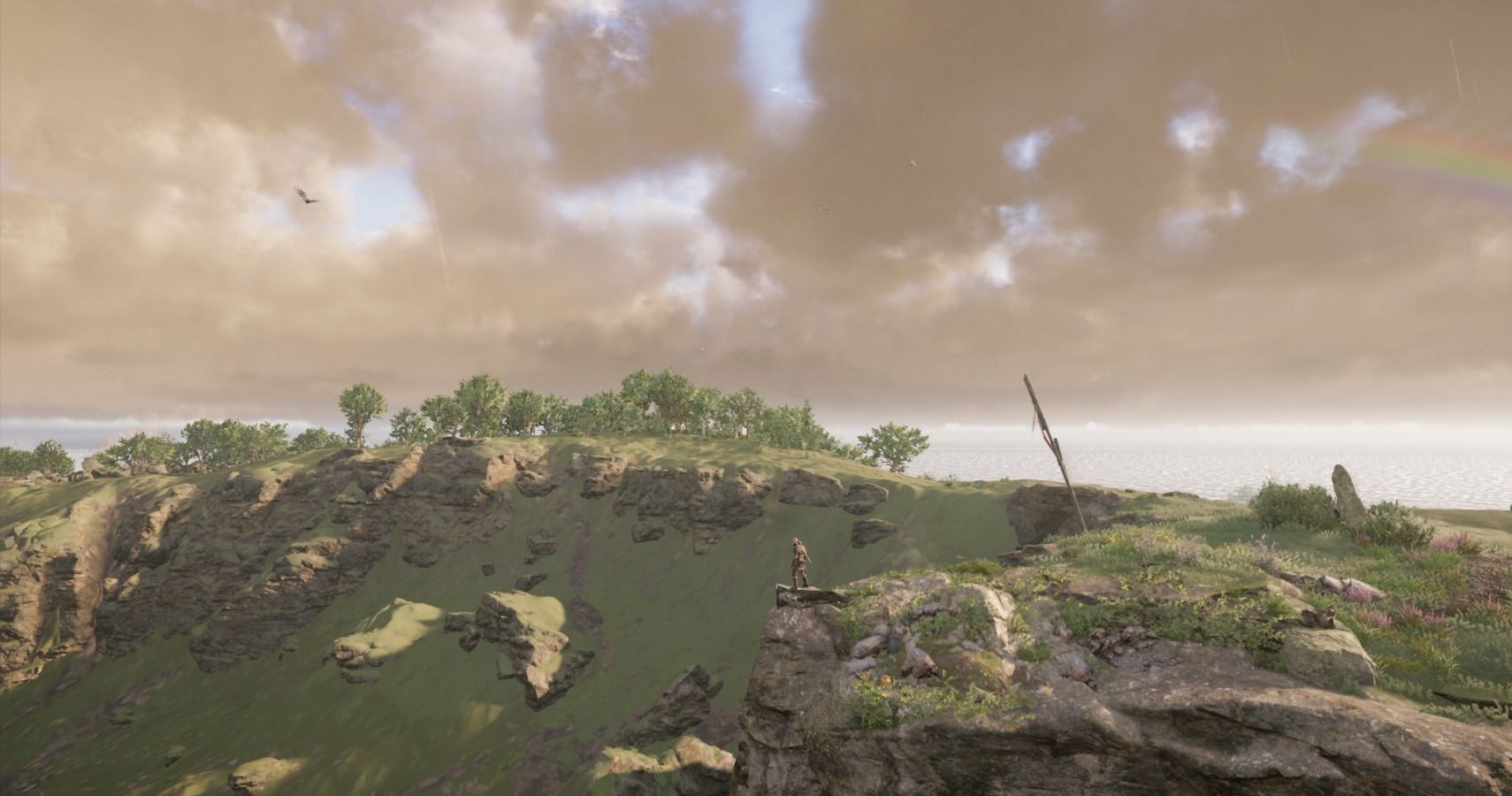 This happens in vanilla Valhalla, too, although I don’t think it’s as effective. Ireland is a small country – the distance from the most southerly to northerly point is only around 486 kilometers. On top of that, Wrath of the Druids doesn’t even feature all of Ireland – it’s missing an entire one of its four provinces. Naturally, this means the layout is a lot tighter, a lot more controlled. Travelling to a quest marker is easy, but what’s waiting for you in the area surrounding its general vicinity when it disappears is far more dense than before. Now you need to remember directions – north of the well in the middle of the town, south of the longhouse and over the hill. This allows us to actually learn our way around a village instead of just half-recalling a rough route through it, which in turn makes the entire world more worth exploring. It’s not just about the origin and destination anymore – it’s about the space in between, the trees and trails, the bushes and bridges.

It might sound a bit boomery at first, but this isn’t an “RPGs peaked with Morrowind!” piece where I’m foaming at the mouth and snapping Skyrim discs on YouTube. I’m just saying that Valhalla recognizes when a quest marker is necessary, and when it’s better to let you do your own exploring. I’m playing Mass Effect Legendary Edition on Insanity at the moment and I have no quest markers. I got to the moon recently and drove around for 20 minutes before finding a base I was underleveled for. A complete absence of quest markers isn’t the solution either – it’s just being able to acknowledge their use as a guiding touchstone rather than a constant presence that gamifies a quest to the point of intellectual redundancy.

Games with gorgeous worlds deserve to be explored, not just to look at pretty sunsets or super reflective puddles or whatever else is all the rage now, but for the sake of actually engaging with the background and esoterica of it all. It’s the difference between skimming a book and actually reading it, between having a vague idea of what you’re doing and doing it quickly or fully acknowledging, parsing, and digesting information at a much more reasonable and enjoyable pace. I’m not saying ‘death to quest markers!’ – I’m just saying that having them there all the time is like trying to enjoy a nice meal while someone is repeatedly shouting at you to clean your room. It’s a chore waiting to be done, whereas actually, I’d just like to chill out for a bit – or maybe get scuttered and start singing rowdy songs that annoy everyone else except me.